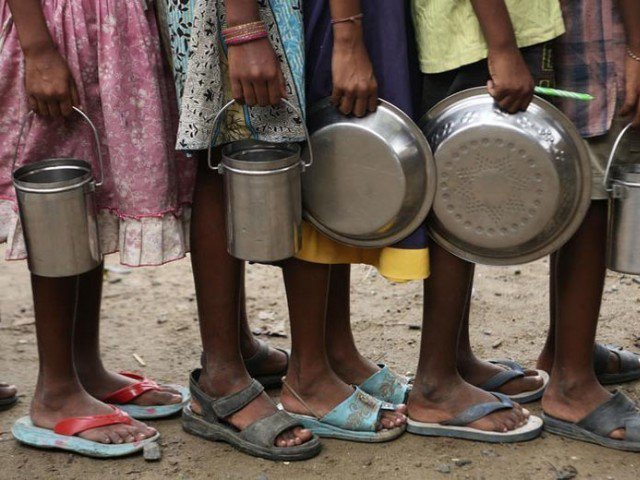 ISLAMABAD: Households in 28 districts of Pakistan has revealed that more than half of the surveyed households reported a reduction in income, high food and fuel prices, and sickness or death in their household.

As per results of a survey carried out by the Food and Agriculture Organization (FAO) of the United Nations in 28 districts, households reported a drop in agricultural income, particularly from the sale of staple crops, but also from agricultural trade and casual farm labour. Agricultural shocks were less frequent than economic shocks, but some districts had prevalence rates that were much higher than the aggregate average.

FAO carried out the survey through the data in emergencies monitoring system to monitor agricultural livelihoods and food security in the three provinces. Results of the survey were made available on Friday.

When compared to a typical year, the area planted over the 2022 Rabi season was lower for wheat and cash crops than for other crops. The most common crop-production difficulties cited were access to fertilizer and lack of water for irrigation and plant disease. Access to fertilizer and lack of irrigation water were more frequently cited by wheat and cash crop producers while plant diseases and seed quality were more frequently cited by vegetable growers.

Among the surveyed farmers, 68 percent reported a reduction in harvest compared to a typical year (70 percent for wheat). Crop producers reported similar production levels to the previous year. A decline in harvest was frequently reported in Sindh (76 percent) and was generally associated with smaller planted areas, lack of water and limited access to fertilizer.

Nearly half of those who sold crops reported marketing difficulties. These included high marketing costs (65 percent) and low selling prices for produce (57 percent).

According to the survey, for cattle and goats, herd sizes changed considerably compared to one year ago. The share of farmers reporting a decrease in herd size was high, particularly in Washuk, Nushki and Chegai. Variations in herd size were mostly due to distress sales, death (especially for goats) and the deterioration of pasture. Difficulty accessing feed, pasture and veterinary services were the most common challenges, with access to pasture affecting goat farmers the most.

Approximately half of the respondents reported difficulties selling livestock products with higher marketing costs, lower demand and lower prices reported as the major issues. Forty-seven percent of goat farmers reported lower prices compared to the average price for the current period in a normal year. Among households reportedly engaged in fishing, fish were more difficult to find compared to last year, but difficulties accessing fishing materials and fuel were also cited.

The prevalence of moderate or severe recent food insecurity (RFI) was 40 percent. Sindh districts had the highest prevalence of moderate and severe RFI with 48 percent, Balochistan followed with 37 percent, then Khyber-Pakhtunkhwa with 28 percent. The food consumption score (FCS) revealed that 27 percent had poor food consumption, particularly in Sindh (33 percent), and 32 percent borderline.

In addition to poor food consumption, a large share of households adopted asset-depleting livelihood coping strategies. Most respondents identified cash or food assistance as the most urgent need, but a high share of households mentioned agricultural inputs such as seeds, fertilizer, animal feed and veterinary services.