Local currency closes at 238.38 in interbank after making minor gain of Rs0.46 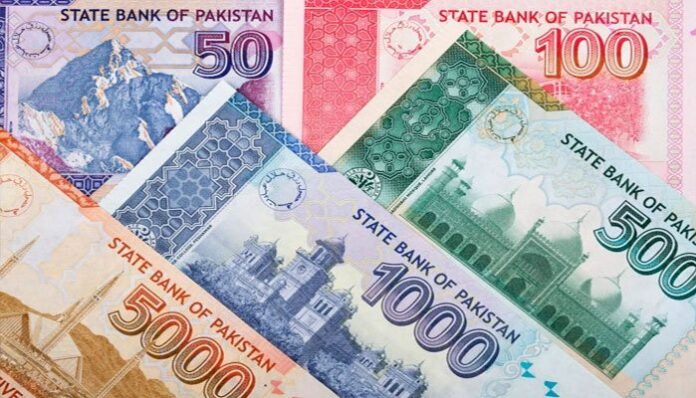 The Pakistani rupee continued to register gains against the US dollar for the third consecutive session in the interbank market on Tuesday — as the market remained stable after the government’s surety of tackling the uphill economic task.

The dollar started losing ground on Friday after the rupee plunged for 10 straight sessions during the last days of July — and depreciated around 5% just last week.

At the close of Tuesday’s interbank trade, the rupee registered another meagre gain of Rs0.46 or 0.19% and reached 238.38, up from 238.84 in the last trading session. Meanwhile, the currency value remained unchanged at 241 in the open market.

The local unit — which is currently ranked among the worst performing currencies globally — took a battering in July in the interbank and open markets. In the last four months, the rupee has depreciated by about Rs60.