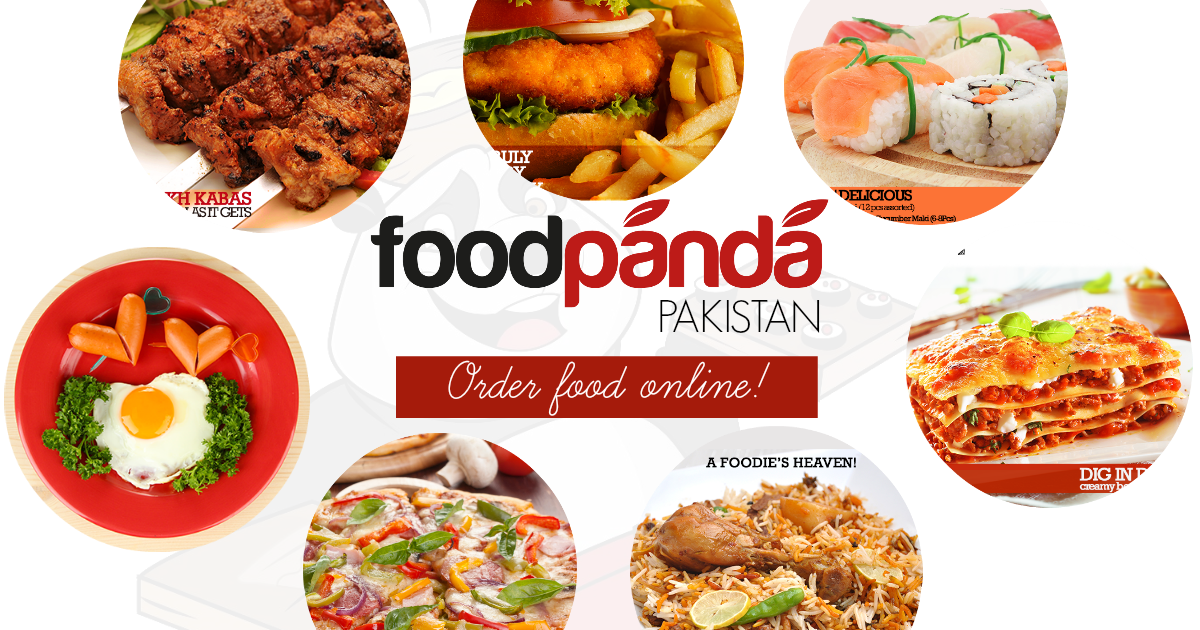 In what seems like an almost unbelievable scenario, over the last few months foodpanda has witnessed a 70% decline in orders. According to unimpeachable sources and various customer accounts, foodpanda has seen this steep downward slide owing to a variety of issues, though none as pronounced as that of ‘service’ – or the lack of it.

Pakistan’s largest online food delivery portal, foodpanda was formerly owned by German tech giant Rocket Internet, which also acquired the indigenous startup EatOye and in turn was acquired earlier this year by its compatriot, another giant foodora (Hero Delivery) – is staring at a 70% decline in its orders.

Post-acquisition foodpanda changed its app’s looks from its renowned red to pink and user interface which hasn’t been much popular amongst its customers till yet. The website also uses archived photographs to display restaurants on the app – a move widely unapproved by many.

However, the issue is far larger than a different color scheme or tempting yet misleading photographs displayed on the app.

Given the impact foodpanda had made, Profit takes an all-encompassing look into the matter.

According to customers, of late foodpanda delivery on occasions was sub-par. Orders were delayed by an irritable length of time and canceled without informing the customers, while prices on the app were noted as higher than the ones offered by the restaurants on direct orders.

Such issues have driven away what can be called long-standing foodpanda patrons.

Most of these customers were also loyal patrons of EatOye – an indigenous startup acquired by foodpanda in 2015 – and conveniently moved to foodpanda once the two were amalgamated, with the combined entity until last year reportedly posting revenues upwards of Rs2 billion.

Tracing back footsteps to direct ordering

However, recently these customers who made a quick transition to food delivery portals in their early years of launch have hit the reverse gear and prefer to use direct delivery services of the restaurants still available to them on foodpanda.

Some of these customers also told Profit that the riders that come to deliver orders also give their menu cards and brochures and seem to encourage direct orders to the restaurants. They say – correctly in some cases – that compared to the foodpanda customers would find cheaper rates on the restaurant’s website.

Profit spoke to a number of foodpanda customers out of which many seemed dissatisfied with the online delivery portal’s service despite the undeniable convenience on offer to its patrons for the last few years.

Mahira Mukati, a Master’s student, said, “I placed an order a couple of months ago from a burger chain through the foodpanda app and the delivery was made after about two hours. It was very frustrating indeed.” Although Mukati is continuing to use the foodpanda app – albeit a little less frequently – but only because she is not amenable to locating and calling the restaurant numbers. Needless to say, she’s hoping that the tech startup would improve its services to facilitate its loyal clients who are no longer impressed by the app’s customer services.

“I did complain to foodpanda but they didn’t pay much attention,” said Mukati.

Presumably, it is on the back of this dissatisfaction of regular customers that foodpanda – the one of its kind food delivery portal – is said to have witnessed a rather significant decline in the number of its orders in recent months.

According to some restaurant owners, the decrease has been a gradual month-on-month drop since the last year and by now foodpanda orders are at least 15% lower than in the same period around December 2016.

The company though categorically denied such a major fall in its traffic volume. In an emailed response to Profit, CEO foodpanda Nauman Sikandar Mirza said, “in Pakistan, foodpanda is growing at 115% year-on-year with business registering an increasing each month. The year 2017 particularly has been a great year and we are eyeing an even stronger 2018.”

Sikandar further added that there is a general slowdown in the overall retail sector in the country which comes on the back of the removal of PM and unstable political situation. Still, foodpanda is a growing business, in the process bringing orders for its partner restaurants.

While Sikandar’s opinion of slowed down retail sector was backed by old foodpanda partner Mr Burger’s Managing Director, Ashfaq Raza, the latter also agreed to the continuous customer complaints regarding delayed order deliveries and a greater shift towards direct orders.

The notion was endorsed by CEO 14th Street Pizza, Tanveer Yousuf, whose business (and other pizza businesses) have been contributing a major share to the tune of millions of rupees in the overall foodpanda revenues. According to Yousuf, the decline in the number of order decrease has come on the back of pizza chains and other restaurants setting up their own websites and apps that have made consumers rethink the usefulness of foodpanda – basically acting as a bridge between conventional to digital medium.

“The issue that occurs is that when the order is taken at foodpanda and transferred to a restaurant, it sometimes gets mixed up or not conveyed properly, hence a wrong order is delivered to the end customer who blames both the service providers but mostly foodpanda as they are the interface,” said Raza, who has seen a noticeable increase in direct orders recently at his Defence branch.

“Another thing is that we give an estimated delivery time of 20-25 minutes on direct orders whereas via the app – because of multiple-party involvement – the minimum delivery time is 45 minutes. If there are further delays – quite possible in this business – the consumers are obviously going to be cheesed off by it,” said Raza.

“They have expanded too much in last year and because of additional workload and with every Tom, Dick and Harry restaurant onboard, foodpanda is probably unable to maintain its previous standards,” said Raza, talking of the plausible service issues.

“Previously what happened was that if there was a delay in the order from restaurant’s end, foodpanda – just the middleman and not at all responsible for the delay – used to get reaction from customers who had no way to directly check with the restaurants. Now most of the restaurants have set up their websites or mobile apps and customers find it a better option to directly order as then they can directly track down their order with the restaurant,” said Yousuf, of 14th Street Pizza, who is also seeing an increase in direct orders and proportionate reduction via foodpanda.

However, for customers there seems to be another significant problem with the app and that is the difference in prices on the foodpanda app and restaurant’s own website/menu card.

“Just yesterday I ordered a pizza deal through foodpanda for Rs500, when the restaurant rider came to me he informed me that the same deal was available for Rs400 on direct order from the restaurant,” said a customer, complaining that previously this was not the case with the food delivery app.

“The whole point of foodpanda or EatOye was that they offered convenience at the same rates as restaurant – sometimes even less – now what’s the point?”, questioned the same client.

According to Raza, the price difference claim is true as the 15-25% commission that foodpanda charges from the restaurant is added in the prices shown on the app and paid by the customers themselves – this is a part of the agreement between restaurant and food delivery portal.

The same statement was endorsed by another restaurant owner who wished not to be identified. “I pay 18% commission to foodpanda and since I work on a minimum margin, I add that additional percentage in my prices on the app, however, customers who directly order from me get the same product at the lesser price,” said the owner of the fast-food joint who is also receiving a larger number of direct orders now.

Though patrons are switching to direct orders and restaurants are also approaching the customers directly, foodpanda does not seem to have hit the panic button – at least as of now.

“This is happening globally and here since when we launched our business in Pakistan this has been taking place. However, this has no impact on our business as convenience offered to customers through our website and apps is far superior to ordering from restaurants directly,” said foodpanda CEO.

While pricing and service issues are a major concern amongst the customers and partner restaurants, when asked about the changed outlook of the application, many customers were of the opinion that though the user interface is slightly more complicated as compared to before, nobody would bat an eyelid on the color scheme of the app or the unrealistic photographs if foodpanda provides service that matches the one compatible with its earlier reputation.

“When I recently placed an order, I found the app a little confusing, but if I am being given a good service – which is something I always expect from foodpanda – then I think I can get used to the new app,” said Tehmina Chaudhry, a Lahore-based foodpanda aficionado.

“We have received a phenomenal positive response for our new web and apps from the customers as there are many great features which are introduced i.e. order tracking, visually appealing images, facility to pre-order food, more seamless design etc,” said CEO foodpanda. He further added, “There were customers who did not feel comfortable with the change, but that is expected and now we see the same customers adapting to the change and using foodpanda with some facility.”

The restaurants’ uncertainty over the usefulness of the app, combined with the growing number of unsatisfied customers who are abandoning the digital mode to a conventional one – also a setback to e-commerce in the country – that foodpanda is braving it out seems commendable.

“Pakistan is an important market for foodora group. Our vision for Pakistan is that each food order should be placed via foodpanda and our goal for 2018 is to expand into 10 more cities across, adding around 2,500 new restaurants as we go along in our existing and new cities,” said Sikandar, the only constant between EatOye, Rocket Internet and foodora, oozing optimism on the company’s outlook in the near-term.

So can it be expected from Nauman Sikandar Mirza, who can be dubbed as the standout entrepreneur of his generation after the largest acquisition of his brainchild EatOye, to turn it around and save the business that he has built in the last five years as the CEO of Pakistan’s largest food delivery portal? The jury shall remain out on it for some time.