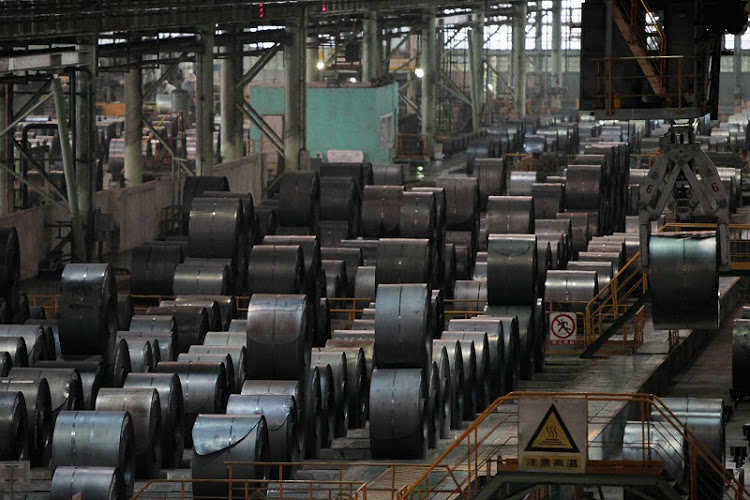 Located at Bin Qasim Industrial Park in Karachi, Aisha Steel Mills Limited (ASML) is aiming to more than triple its production before the end of 2018. Post this expansion, car manufacturing companies in Pakistan would have access to indigenously produced high-quality Cold Rolled Coil (CRC) steel sheet – at the moment being imported to manufacture bodies of cars and other vehicles.

For the first time in this country, Aisha Steels is going to produce CRC of the kind of grading that is good enough to fabricate the outer body or skin of any car or vehicle all over the world – of a standard similar to Japan, Europe, and the United States come 2019.

“We are already producing high-grade cold rolled coil steel sheet being widely used in local manufacturing and engineering products, including cars and motorcycles, but after the expansion of our plants, the company will be able to produce a complete range of products by the end of 2018,  or March 2019 at the latest, that could be used in all type of engineering products including the car industry,” said Muneer Ahmed, Chief Executive Officer (CEO) Aisha Steel Mills. Listed under the conglomerate Arif Habib Group – incorporated as a public limited company on May 30, 2005 and listed on the PSX since Aug. 2012, with its share now just under Rs20 a pop. in 2017, it posted a profit of Rs1.02 billion compared to a Rs 157 million loss it posted the previous year.

“We can safely claim that 80 percent motorcycles manufactured in this country, including brands like Honda, Super Power, and other Chinese versions, are dependent upon locally made CRC to make chassis and other parts. Actually, except the engines, all motorcycle accessories across the aforementioned brands are being made of  our locally-produced CRC,” said Muneer Ahmed, in an exclusive conversation with Profit.

On top of that, currently, the native vendors and car manufacturers are using Aisha’s CRC in car flooring, seats and other accessories.

The expansion underway is nearly half of its total investment in the venture so far, Rs11.5 billion topped up with Rs5.4 billion now. And it is likely to pay off every which way – good for the company and its profitability, superb for the car manufacturing and many other major and minor industries for they would get international quality indigenously and for the country, for it would contribute towards import substitution in a big way.

Transformation in volume and class

Following Aisha’s transformation in terms of volume and class, “Pakistan can save hundreds of millions of dollars in foreign exchange presently being consumed on the import of car bodies”, said Muneer Ahmed.

Though the breakdown of data is unavailable, according to a rough estimate, presently Pakistan ends up spending nearly $470 million (₨50 billion) annually on the import of raw materials for cars, including bodies and other accessories.

The existing production capacity of the Aisha Steel Mills is around 220,000 metric tonnes of cold roll coil and galvanized coil but after expansion of the plants this capacity would be jacked up by more than threefold, to around 700,000 tonnes annually, the CEO informed.

“Total local production capacity of the CRC and the galvanized coil may touch 1.7 million tonnes by the end of first quarter 2019, while our country’s demand would be 1.2 million tonnes,” he claimed. “The export of excess productions of 500 tonnes would add to our foreign exchange earnings,” said the CEO.

“As manufacturing has hit the growth trajectory, the demand for CRC worldwide is high at the moment.” Keeping excess production in view, Aisha is now gearing up to export the surplus as the high demand can fetch windfall profits.

Exactly a year ago, the federal commerce ministry had imposed 12-19 percent Anti-Dumping Duty on the import of CRC and galvanized coil from China and other countries, removing a major hurdle that had the potential to make life difficult for the local producers to compete. The share price of ASML had literally doubled at that time, rising from Rs 15 to approx. Rs 30/ share. However after the frenzy was over the share price gradually settled at Rs 19-20 level.

In future, the China Pakistan Economic Corridor (CPEC) could be a major challenge for the local industries as industrialization under the CPEC umbrella would have import duty exemptions and other benefits from the federal government. “If the government did not provide a level playing field to compete in the indigenous and international market, the local industries will collapse and, as a consequence, unemployment in the country will increase,” said Muneer, while replying to a question.

With vast experience in this field, Mr Ahmed further maintained, the local production cost of CRC is much higher compared to China which is believed to be dumping its excess steel capacity in other countries. So, the present or future governments would have to decide for the sake of the nation on saving the local industry by providing low taxes compared to industries set up under the CPEC.

CRC products would be on offer to the industrial, engineering and manufacturing industry as a premium raw material for transformation into any number of value-added products for the domestic and export markets. “We are at this point in time unable to export our products as the local demand of CRC and galvanized coil is high and the company’s capacity is below the requirements of local customers,” said the CEO.

Tied to the international market

Both ISL and Aisha Steel, increased prices of CRC twice in last one month. The company chief said, we import hot rolled coils (HRC) from various countries, including Japan and others, which is the main raw material. That is why the price of the local product depends on the raw material. “The international market sets the price of local products as the value of raw material goes up abroad, the local would automatically witness an increase.

Cold Rolled steel and coils are extensively used as a basic material in automobiles, electric appliances, steel office equipment, various types of containers, and numerous other products closely connected to our daily lives.

As more sophisticated products are in demand for being more economical, in a wider range of uses that also offer more advanced technology, the quality and performance required \ for cold-rolled steel sheets and coils have become more refined and diversified, the CEO said.