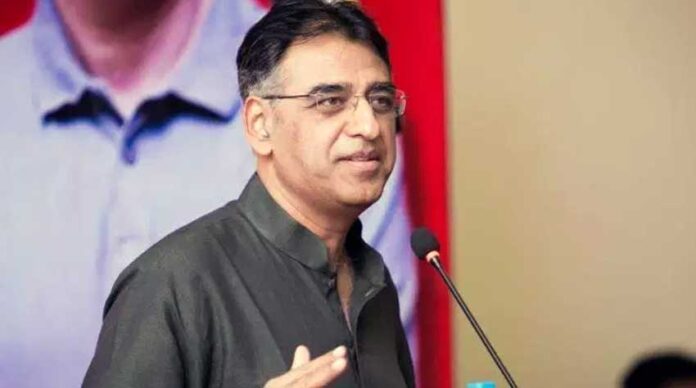 Asad Umar has revealed that Prime Minister Imran Khan was provided with an alternative solution to deal with the country’s financial crunch instead of opting for the International Monetary Fund (IMF) bailout package, a private media outlet reported on Saturday.

“In March, I went to the prime minister and showed him the numbers. I told him that going to the IMF was now a choice as opposed to compulsion,” Asad Umar, who is now the chairman of the National Assembly’s Standing Committee on Finance, said at an event organised recently by the Karachi School of Business and Leadership (KSBL).

“That choice had been created primarily because of the phenomenal goodwill of the prime minister in the global market, particularly in Asia, and a very mutually reinforcing relationship between the civil and the military arms of the government.”

As per an official at that time, Umar wanted to put these factors to work and also use the Pakistani military’s good relations with Gulf countries to raise funds from the global capital markets and commercial banks and apply a combination of tariff and non-tariff barriers and gradual currency depreciation.

Umar said it was at the prime minister’s discretion to decide whether to opt for the IMF programme or for the solution he had proposed.

“Because every single expert agreed that we must go to the IMF, he decided not to take that risk,” he added.

The former minister quoted prime minister as telling him back then: “You know I am a risk-taker but everyone is saying that we should go to the IMF.”

The meeting in March had taken place exactly a month after Umar had told the prime minister about the adverse implications of the IMF deal.

In February, it was reported about Umar sharing some of the harsh conditions of the IMF package with the prime minister and Economic Advisory Council (EAC) members.

To support his argument at that time, Umar had cited the example of Egypt, where the poverty level had increased from nearly 30pc to 53pc because of an IMF programme.

Egypt steeply devalued its currency but that did not even help in reducing the current account deficit.