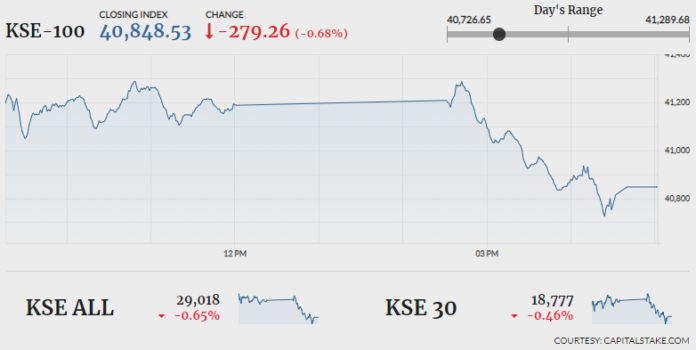 KARACHI: Pakistan Stock Exchange (PSX) witnessed a volatile trading session on Friday, with the KSE-100 Index failing to sustain gains and closing in the red.

Foreign investors turned out to be the net sellers of $2.34 million (Monday-Thursday), whereas local mutual funds and insurance companies bought equities worth $6.52 million and $3.20 million, respectively.

On the economic front, Pakistan’s foreign exchange reserve remained flat for the week ended Dec 20, 2019. Total liquid reserves of the country were recorded at $17,595 million, as against $17,656 million in the previous week.