Pandemic hit the industrial manufacturer hard, along with a spike in input costs and the sharp rise in interest rates 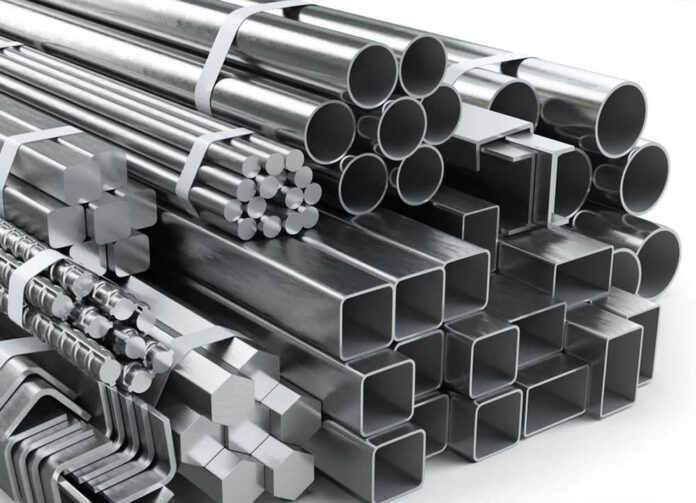 That loss now takes Amreli Steels’ total loss for the fiscal year 2020 to Rs1.1 billion, with a loss per share of Rs3.79. This is a far cry from the profit of Rs33 million recorded in fiscal year 2019. This represents the first time Amreli Steels has closed a full year with a negative net income in at least a decade.

What happened? As Usman Arif, an equity research analyst at Foundation Securities, a securities brokerage firm, wrote in a note issued to clients on September 11, there are three reasons for the company’s loss.

First, there was a decline in volumes, given lockdowns imposed across the country due to the outbreak of the Covid-19 pandemic. One can see this reflected in the numbers: as the company’s revenue declined by 48% year-on-year and 34% quarter-on-quarter, in the fourth quarter of fiscal year 2020. According to Arif, volumetric sales for the company fell 45% year-on-year, mostly due to the slowdown in construction activity across the country, due to the pandemic. The dates of the national and regional lockdowns imposed due the pandemic coincided with the fourth quarter, which affected revenue.

Additionally, in the fourth quarter, the company’s gross margins declined by 1.7 percentage points year-on-year, from 5.9% to 4.2%. This decline in margins is because of more expensive scrap (used in steel production), an increase in the fixed cost component (due to the fall in volume), and higher cost of energy.

Second, there was an increase in the cost of finance, due to a higher working capital requirement. The finance cost rose by 25% year-on-year in the fourth quarter, also propelled by higher interest rates. On the bright side, the company’s administrative costs fell by 69% year-on-year, while the distribution costs fell 49% year-on-year in the fourth quarter. However, that is no cause for joy: the drop in distribution costs are likely a one-off event, as the only reason they were low was because of the lower volumes to begin with.

Finally, the company has an increased provision for expected credit losses. Amreli Steel’s operating expenses rose to Rs140 million in the fourth quarter, despite a reversal in the fourth quarter of the fiscal year 2019. This was due for a higher allowance for credit losses. The company also booked a tax credit worth Rs168 million, which is up 463% year-on-year (and a drop of 20% quarter-on-quarter).

Yet, despite these challenges, Arif remains cautiously upbeat about Amreli Steels. For one, the company is pursuing a strategy to increase its presence in the north of the country, by lowering premiums over ungraded steel mills. This will allow it to increase its market share, according to Arif.

But Amreli Steels is also benefiting from factors out of its control. In April, the government of Pakistan announced an incentive package for the real estate and construction industry. The industry will also have a fixed tax regime – more akin to a sales tax – instead of taxes on profits.  Additionally, the central bank has asked commercial banks to allocate 5% of their total lending to the construction sector. This will hopefully improve lending in general: as is, banks’ current exposure to the sector is only at 1% of overall loans. These steps together have made it incredibly lucrative to enter the construction industry, and Amreli Steels will jump at the opportunity.

Amreli Steels is also set to benefit from Pakistan’s lower interest rates. The central bank cut interest rates from 13.5% in March to 7% in June, to minimize the economic impact of the outbreak of Covid-19. This will help the company pursuing further financing.

But perhaps the biggest push, and possibly the biggest plus any steel company has, is that Amreli Steels is a company operating in Pakistan. Why is this important? Because Pakistan has one of the lowest consumptions of steel products on a per-capita basis, at 37kg, compared to Myanmar, 42kg, Sri Lanka, 50 kg, India, 77kg, or even Vietnam at 262kg. So, given demographics and general construction, the country’s steel consumption has only one way to go from here: up. Which makes Amreli Steels a ‘solid’ bet still, its most recent financials notwithstanding.

How it will get there is an open question, though Amreli Steels is a company that has had many phases in its evolution over the last several decades. The company started operations in 1972 as a small steel mill using old-school steel rolling methods. By 1984, the company’s operations were large enough that its management invested in importing European equipment to improve its production processes.

By 1993, the company had the capacity to produce 60,000 tons of steel products annually, a capacity it had tripled by 2007. Today, it has the capacity produce 605,000 tons of rebar a year. Amreli Steels was publicly listed on the Karachi Stock Exchange in 2015 and has been a rising star on the exchange since then. No wonder the market is willing to cut the company some slack.