The conglomerate and the startup seem to have found themselves well-matched. But will Integration Xperts be able to grow fast enough? 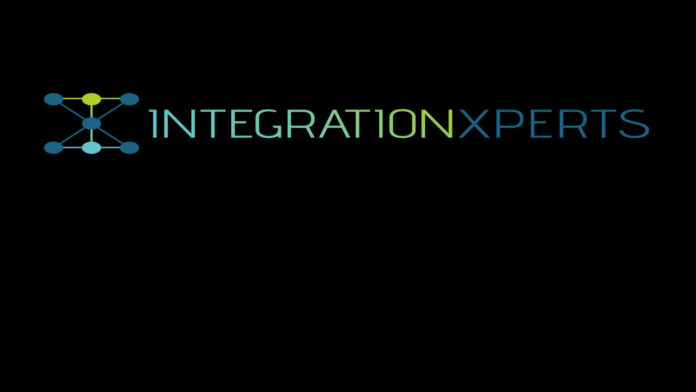 The recent years have been a good time to be a startup in Pakistan. While the ongoing pandemic may have slowed things down, it slowed things down for everything. But startups have been receiving the blessing of venture capital in increasing amounts and with more regularity.

In the background of all this news about flashy startups, other deals take place as well. One such instance has been the quiet transaction for growth capital that took place between the Atlas Group and Integration Xperts.

While they have diversified into financial services over the years, with a failed attempt at an Atlas Bank as well, it is obvious that their major focus has been and still is automobiles, engineering, power generation, and trading.

Integration Xperts, on the other hand, is quite new, having been established in 2016. As of now it provides service-based solutions such as the Oracle Cloud, in addition to product based solutions such as Senser, Polaris, Intellibin, Elec. Tree, Collection of Management System, and System of Knowledge. So how did these two come together?

The relationship between the two entities began in 2018, when Integration Xperts provided Oracle-related services to Atlas Batteries in order to implement an Oracle Cloud Human Capital Management (HCM) solution, a human resources software. Prior to this, Atlas had hired another firm for its Oracle Cloud HCM implementation. However, the project ran into many challenges, leading Atlas to Integration Xperts.

“We delivered what they wanted on time, so they saw value in us,” says Umair Azam, CEO and Founder of Integration Xperts, about the early stages of the relationship. “The group stayed in touch and the engagement went beyond Atlas Batteries, with Atlas Power and Shirazi Investments also becoming customers and seeking services beyond HR solution implementation.”

However, this was the extent of the relationship between the two groups. A natural impulse would be to assume that because the Atlas Group had an existing relationship with Integration Experts, the Group will have decided to provide growth capital to Integration Xperts. However, this was not the case. In fact, Atlas did not even know that Integration Xperts was looking to raise capital, and what happened after this point was entirely coincidental. As Azam explains, Integration Xperts had hired TrueNorth Advisors (Pvt.) Limited, a Karachi based advisory firm, to help raise growth capital. One of the partners of TrueNorth had a chance encounter with a director of Atlas Group at an AGM where the topic was brought up. That is when Atlas got to know one of their vendors was looking to expand roughly the same time last year.

Considering their good experiences with Integration Xperts, the two entities went through a number of meetings and underwent the due diligence process. and finally came to a valuation and agreement in July, signed the shareholders agreement earlier last month, and realized the transaction.

Why would Atlas invest in Integration Xperts?

How the investment came about is an interesting story, but the real question is, what convinced Atlas to invest in Integration Xperts? It cannot just be that they had good experiences, there needs to be scalability. For Atlas, the answer was simple, the strategic alignment between the two businesses.

“The Atlas Group is excited to partner with Integration Xperts as it strives to become the premier technology solutions provider. The strategic alignment makes the collaboration with IX a natural fit,” read a statement from the group when asked to comment on the investment. “Through active ownership we look forward to building synergies as part of our own technology transformation, while opening avenues for dynamic market growth as well. By harnessing our respective capabilities we are confident of value creation for all stakeholders.”

Integration Xperts, of course, are also more than happy to have received the investment of a large conglomerate. “This is a great milestone for all of us at IX to be able to bring such a prestigious business conglomerate on board to help achieve our growth objectives,” says their CEO. “We see a huge value proposition being driven from this business alliance because generally large businesses in Pakistan shy away from investing in Technology ventures while Atlas Group on the contrary decided to diversify their investment into a growing technology business that has the potential to become a global tech player by value creation for all current and future stakeholders.”

Of course, while the story of how it happened and why Atlas thinks it is a good idea is cute, these are the obvious answers that we were going to get. What needs to be answered here is whether this is really a private equity transaction, or is it VC money in disguise?

It is okay to wonder if it really matters what the transaction is being called. For reader clarity, growth equity territory lies at the intersection of venture capital and traditional private equity. Usually, private equity transactions are between $5-100 million and are in exchange for a minority or majority stake. VCs generally target early stage businesses. These businesses often have limited financials. Growth equity investors usually bet their money on businesses that are well run and have proven business models with a strong management to further expand the business operations.

“VC investments are usually those that are at the very early growth stages of a company. IX falls in the Medium size company category that has been in operation for nearly 4 years and having a strong revenue base with profitable operation and strong blue-chip customer base,” explains Azam.

Basically, the difference between VC and PE money could be whether a business needs it to function or not. What this means is that the business being invested in should be able to grow through reinvesting revenue earned and grow at its own pace. However, the decision to seek private equity growth investment is taken with the hopes of growing at a much faster pace by accessing growth equity.

That much seems to be clear, but there has been little clarity about just how much the Atlas Group invested into Integration Xperts. While the value has remained undisclosed, sources informed Profit that it is a seven figure number in dollars. And while it is odd that the transaction value is undisclosed, and as per unofficial sources, Integration Xperts is already considering an IPO in the next few years. Keeping the transaction size and valuation undisclosed helps them prevent people from making up their minds about the worth or potential of the company. And with the Atlas name now associated with them, an early IPO might not be the worst idea.

Where the money will be spent

“The growth capital will enable us to expand internationally, get our own (Intellectual Property) IP globally certified, potentially start new service lines such as Agritech, Edutech and Fintech and also start to Incubate/ Accelerate tech startups that are aligned with our growth strategy,” comments Azam. To clarify, Azam explains that they are more aligned to be an accelerator than an incubator and have kept aside a decent amount for this purpose. “We’re looking for an early-stage investment primarily in a venture that is looking for operational capital more along the lines of Series A.”

“Our growth plan includes expanding into both developed and emerging markets. The target market includes ANZ, ASEAN, Middle East and Africa. IX’s primary focus will be to increase revenue from IP owned products based on the SaaS model.”

Following the growth capital transaction, IX has become an Associate entity of the Atlas Group, with Atlas getting a board representation. What this also means is that Atlas is moving towards making itself more tech savvy. If you go on the Atlas Group website you see all their businesses and when they began operations. No business venture has been specifically around tech, however they all use tech in some way or another. With Integration Xperts, Atlas has developed a ten year roadmap after consulting with various stakeholders on how to make it more tech savvy and aligned with modern tech.

“The stakeholders at the Atlas Group are committed to innovation and technology. The group wants to achieve growth targets by utilizing innovative technologies such as Machine Learning, Data Analytics, IoT and AI. Integration Xperts with its strong capability can help Atlas Group achieve these ambitions,” said Umair. However, do not let the strong support fool you. None of this means that it is going to be easy going for Integration Xperts. Atlas and Integration Xperts will continue to work as separate entities, especially when hiring services. Azam calls this “operating at an arm’s length”.

“There are no extra favors given to us,” says Azam, while explaining the fact that he needs to ensure his firm remains cost competitive with a high quality delivery model. And no, this won’t act as a gateway to Atlas’s competitors or businesses of interests either. Integration Xperts provides a vast number of services to a number of businesses belonging to various sectors. One would assume that through this Atlas Group may be privy to sensitive data at other firms, Azam points out that Integration Xperts is an independent company that has signed NDAs with its clients.

This means that Integration Xperts do not plan to be a typical Pakistani tech solution business. In Pakistan, most businesses of this nature either provide services or sell their products completely to a client. Right now, Integration Xperts focuses more on making sure it is functioning only as a service-based company providing Oracle, Microsoft, Cisco solutions. These are the basics, and they do have plans for the future, but for now they have wanted to get the basics right first.

“We started off providing these services because we had to pay the bills, but valuation does not come from services, it comes from products and for product companies, this is what it is like all around the world. For now, we want to strike a balance between products and services.”

However, in the future, they want to migrate from a services company to a product company, and they want to sell their product as a service, and the money that has just come in will go a long way in doing that. “Our IP will remain our IP and will instead be sold as a service rather than on a perpetual basis. Our primary focus remains in growing industries like Retail, Energy, Logistics, Financial Institutions and Agriculture.”

By doing this, Integration Xperts is able to secure long term revenue commitment from clients which are usually three- or five-year contracts. However, as a result of the fact that the contracts are long term, Integration Xperts has clients breathing down their necks for new features. “This helps us invest in R&D continuously,” says Azam.

And if things go according to plan, this business model will keep them relevant especially considering the fact that in the past businesses have sold off their products completely. As a result, they are never under evolution and ultimately disappear.