Rs85bn accord for construction of Balakot Hydropower Project signed 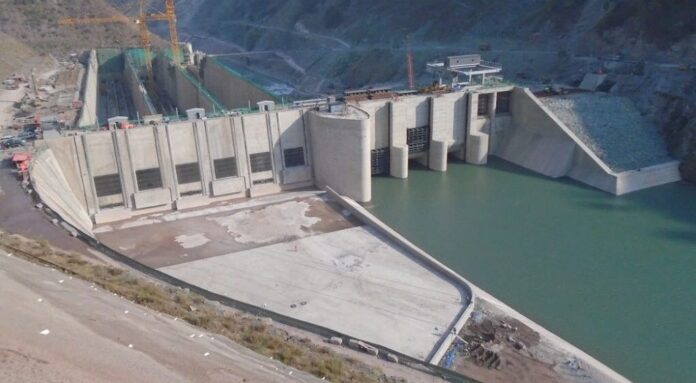 PESHAWAR: In an important development for the country’s energy sector, the Khyber Pakhtunkhwa government has signed a contract agreement for the construction of 300-megawatt Balakot Hydropower Project with a Chinese company.

As per details, the 300MW power project would be constructed with an estimated cost of Rs850 billion in a period of six years with financial assistance from the Asian Development Bank.

A ceremony to this effect was held on Tuesday with Chief Minister Khyber Pakhtunkhwa Mahmood Khan as chief guest. Concerned authorities from the Pakhtunkhwa Energy Development Organization and the Chinese construction company signed the contract agreement to start physical work on the project. Besides provincial cabinet members Taimur Saleem Jhagra and Himayatullah khan, the event was also attended by the high ups of the provincial energy department.

Speaking on the occasion, the chief minister termed the project “of vital importance for the province and a milestone achievement of the KP government”, adding that the groundbreaking of the project is expected to be performed by the prime minister by the mid of next month.

Mahmood Khan stated that the project, upon completion, would play an important role in boosting industrial activities, creating jobs and developing the province. “During the construction phase, the project will generate around 4,000 job opportunities, whereas upon completion, it is expected to generate a revenue of Rs14 billion per annum.”

The CM maintained that power generated from the hydropower project would be provided to local industries as well as domestic consumers on relatively cheaper rates. He said that the incumbent provincial government is taking result-oriented steps under a well-devised strategy to ensure optimum utilization of the hydropower potential of the province.