High stakes at sea in global rush for wind power 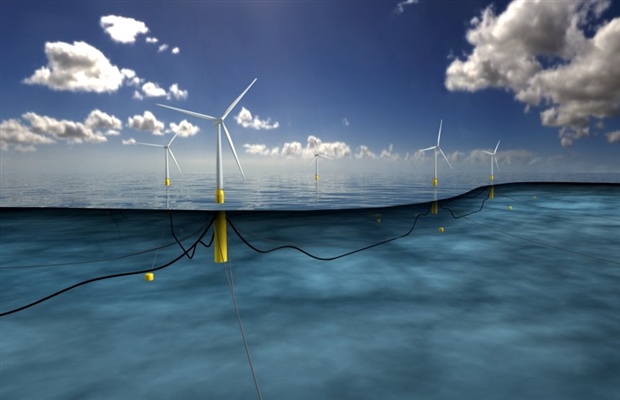 LONDON: Global competition for offshore wind power is so hot that licence auctions now resemble the oil and gas competitions of just a few years ago, and some of the names are familiar too as global oil majors move aggressively into renewable energy.

The drive among top fossil fuel producers to make fast inroads into lower-carbon businesses comes as more and more countries roll out plans to boost wind power in an effort to reduce their carbon footprint.

The cost of securing sites to develop has risen to levels that some top wind farm operators say are unsustainable and which will hurt consumers by driving up power prices.

Governments worldwide are expected to offer a record number of tenders for offshore wind sites and capacity this year, with more than 30 gigawatts (GW) on the block.

That is almost as much as total existing global wind capacity of 35 GW, and the tenders are shaping up to be the most competitive ever.

Several European oil firms including Total, BP and Shell plan to rapidly increase their renewable power portfolios, reducing reliance on oil and gas to satisfy investors who want to see viable long-term low-carbon business plans and governments which are demanding reductions in emissions.

The oil majors, with deep pockets, are willing and able to pay up for a foothold in the market, even though margins are much smaller than for their traditional operations.

At a leasing round held by the Crown Estate earlier this year for seabed options around the coast of England, Wales and Northern Ireland, BP and German utility EnBW paid a record price to secure two sites, representing 3 GW.

Developers pay an annual option fee prior to taking a final investment decision (FID), which in the case of BP and EnBW will amount to around 1 billion pounds ($1.38 billion) made in four annual payments of 231 million pounds for each of the two leases.

Traditional offshore wind developers, Iberdrola, Orsted and SSE all confirmed to Reuters they had been unsuccessful in the leasing round.

The previous Crown Estate offshore round was held more than a decade ago when the market was a fraction of its current size and structured without option fees, an added cost developers will now have to recoup.

“Someone is going to have to pay and it’s probably, at least in part, the consumer,” said Duncan Clark, Orsted’s UK head.

Some analysts also said the high fees threaten to erode the huge cost reductions the industry has achieved over the past decade.

BP said the fee was justified by the prime location of the two Crown sites: in the Irish Sea, in shallow water, close to the shore allowing for shorter, cheaper connection cables, and next to each other allowing for cost efficiencies across both projects.

“Not every resource base was born equal,” BP’s low carbon energy chief Dev Sanyal told Reuters, adding that those factors made the company confident of achieving the 8-10% return it has set for renewable projects.

Some in the industry fear a knock on effect with Ben Backwell, CEO of the Global Wind Energy Council (GWEC), saying there aren’t enough projects currently to meet demand.

“So you are going to create an over-heated market when what we want to see is more opportunities made available,” he said.

A price cap at a Crown Estate Scotland tender of Scottish seabed leases taking place this year has already been hiked tenfold.

Orsted, Iberdrola and SSE all confirmed to Reuters they expect to enter the Scottish round, and while neither BP, Total nor Shell would directly confirm their involvement to Reuters, analysts said it would be surprising if oil firms did not participate.

Projects from the recent Crown Estate auction will not be built until 2027-2030, when development costs are expected to have fallen further, at least partly offsetting higher fees.

“(That) makes us optimistic on the potential in terms of cost reductions,” he said.

While Britain offers a guaranteed return on some renewables, the amount has fallen sharply, tracking lower development costs.

At a 2019 auction for contract for differences (CfD), which guarantee operators a minimum price for electricity sold, a record low price of 39.65 pounds per megawatt hour (MWh) was achieved, some 30% lower than the previous auction held in 2017 and lower than current average electricity prices.

The next CfD auction is expected at the end of 2021, too early in the development process for the recent Crown Estate lease winners.

Although Britain is the world’s largest offshore wind market, with around 10 GW of capacity, opportunities elsewhere are increasing and tenders are expected to be keenly fought.

European countries including Denmark, Poland and France are expected to hold auctions this year, with more regions planning to build up capacity.

In the United States, President Joe Biden wants to deploy 30 GW of offshore wind power by 2030. There are currently 13 projects in development, with a combined capacity of around 9.1 GW and expected to come online by 2026.

Iberdrola is already involved in tenders in Rhode Island and Massachusetts through its U.S. arm Avangrid, while BP sealed a $1.1 billion deal last year to buy 50% stakes in two U.S. developments from Norway’s Equinor.

“Asia is going to be a huge market for renewable growth globally and we as a global player want to be actively participating in that,” said Jonathan Cole, managing director at Iberdrola Renewables’ offshore wind division.

However, experts cautioned new regions cannot charge as much for seabed leases or expect to offer such low price support as Britain.

“We have a mature industry in Europe and the UK but it’s not there yet in Asia, or the U.S.,” GWEC’s Backwell said.

“Each region has to build up its own industry and skills before they can expect to see the most competitive prices.”