Says will take necessary measures to safeguard companies’ rights, interests after US blacklisting 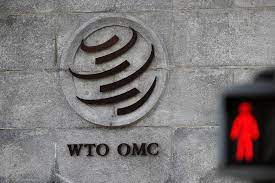 BEIJING: China said on Thursday (Jun 24) it had filed a lawsuit at the World Trade Organization (WTO) challenging Australia’s anti-dumping measures on a range of goods, marking further escalation in tensions between the two countries.

“We hope that Australia will take concrete actions to correct its wrong practices, avoid distortions in the trade of related products, and bring such trade back to the normal track as soon as possible.”

Australia has imposed tariffs on Chinese-built train wheels and wind turbines since 2019.

China in November announced tariffs of up to 218 percent on Australian wines, which it said were being “dumped” into the Chinese market at subsidised prices.

The crackdown virtually closed what had been Australia’s biggest overseas wine market, with sales falling from A$1.1 billion (US$ 840 million) to just Aus$20 million, according to official figures.

Prime Minister Scott Morrison has warned that his government would respond forcefully to countries trying to use “economic coercion” against Australia.

The decision last week “to defend Australia’s winemakers” came six months after Canberra lodged a separate protest at the WTO over tariffs on Australian barley, exports of which to China had been worth around US$1 billion a year.

Beijing has imposed tough economic sanctions on a range of Australian products in recent months, ranging from high tariffs to disruptive practices across several agricultural sectors, coal, wine and tourism.

On Monday Gao said China “opposes the abuse of trade remedy measures, which not only damages the legitimate rights and interests of Chinese companies, but also hurts the solemnness and authority of WTO rules”.

But the ti-for-tat measures are widely seen in Canberra as punishment for pushing back against Beijing’s operations to impose influence in Australia, rejecting Chinese investment in sensitive areas and publicly calling for an investigation into the origins of the coronavirus pandemic.

Earlier this month a summit of the G7 advanced economies echoed Australia’s call for a tougher stand against China’s trade practices and its more assertive stance globally.

The leaders’ meeting ended with the announcement of US-led plans to counter China’s trillion-dollar “Belt and Road Initiative”, the hallmark of its efforts to extend economic influence around the world.

The grouping promised hundreds of billions of dollars in infrastructure investment for low- and middle-income countries in a “Build Back Better World” project.

In a separate statement the same day, China said that it would take all necessary measures to safeguard legitimate interests of Chinese companies after the United States blacklisted five Chinese firms over alleged human rights abuses in Xinjiang.

The Biden administration ordered a ban on U.S. imports of a key solar panel material from Chinese-based Hoshine Silicon Industry Co over forced labour allegations, according to Reuters reporting.