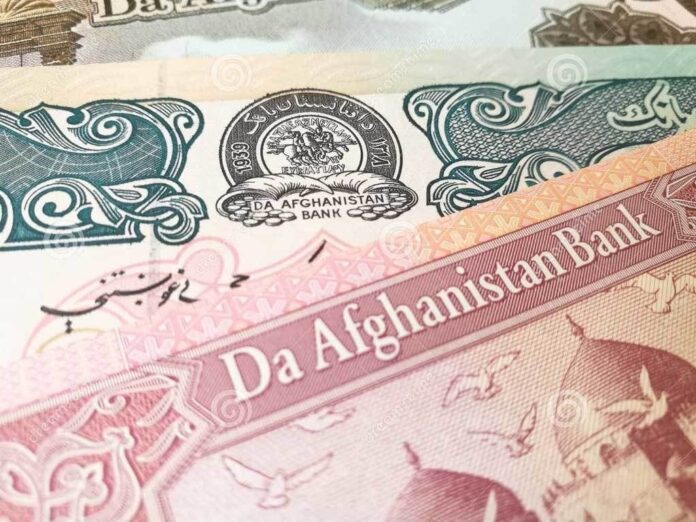 SINGAPORE: Afghanistan’s currency reserves are mostly held in foreign accounts and are probably inaccessible to Taliban rulers, leaving the country desperately low on dollars, Ajmal Ahmady, who led the central bank until the capture of Kabul, said.

Da Afghanistan Bank (DAB) controlled about $9 billion, some $7 billion of which was held as a mixture of cash, gold, bonds and other investments at the U.S. Federal Reserve, Ahmady, the acting governor, who has now fled Afghanistan, said on Twitter.

Most of the rest is in other international accounts and at the Bank for International Settlements, a bank for central banks based in Switzerland, and not physically in DAB vaults, he said – leaving about 0.2% or less of the total accessible to the Taliban.

“Given Afghanistan’s large current account deficit, DAB was reliant on obtaining physical shipments of cash every few weeks,” he said.

“The amount of such cash remaining is close to zero due a stoppage of shipments as the security situation deteriorated.”

No international reserves were “ever compromised” and “no money was stolen from any reserve account,” Ahmady added.

A U.S. administration official has also told Reuters that no assets of the Afghan government held in the United States would be made available to the Taliban.

The Taliban, who now control Kabul, have said treasury, public facilities and government offices were the property of the nation. Ahmady said he had been told Taliban were asking bank staff about the location of assets, but added that they should have foreseen it would be impossible to access them.

He now expects the local currency, the Afghani, to fall as the central bank cannot supply enough dollars to local banks and for the Taliban to use capital controls to prevent outflows.

“Inflation will rise as currency pass-through is very high,” he said. “This will hurt the poor as food prices increase.”

Earlier, AFP reported that Taliban will be denied access to any Afghan reserves held in US accounts, quoting a US administration official on Monday.

As US forces were evacuating Afghanistan’s capital after the Taliban’s swift takeover, the official said: “Any Central Bank assets the Afghan government have in the United States will not be made available to the Taliban.”

The central bank’s gross reserves totaled $9.4 billion at the end of April, according to the IMF.

But most of those funds are held outside of Afghanistan, according to a person familiar with the matter.

The Taliban’s seizure of power comes after NATO withdrew its 9,500-strong mission on the back of a decision from US President Joe Biden to pull out his troops.

Ahmady went to Twitter to detail his harrowing escape from the country on a military plane on Sunday, after he and his team tried to stabilise the currency amid the Taliban advance towards the capital.

Ahmady, who did not say where he was, said the central bank was informed on Friday that “given the deteriorating environment, we wouldn’t get any more dollar shipments,” and he met Saturday with banks and money exchangers to reassure them.

“Once (the) president’s departure was announced, I knew within minutes chaos would follow. I cannot forgive him for creating that without a transition plan,” he tweeted Monday.

“It did not have to end this way. I am disgusted by the lack of any planning by Afghan leadership. Saw at airport them leave without informing others.”

In addition to freezing assets, Washington could also block aid to Afghanistan from multilateral lenders like the IMF and World Bank, as it has with other regimes it does not recognize, like Venezuela.

“Afghanistan is tremendously dependent on foreign aid… so access to international economic funds will be crucial,” said Vanda Felbab-Brown, a foreign policy expert at The Brookings Institution.

But cutting off funds in an attempt to undermine a Taliban government “has massive humanitarian consequences, and human and economic development consequences,” she told AFP.

And there are political calculations as well since other sources of financing like Russia, China and Saudi Arabia will not have the same focus on women’s rights or human rights as Washington, and may simply focus on extracting an anti-terrorism pledge, she said.

The IMF in June released the latest installment of a $370 million loan to Afghanistan approved in November to help support the economy amid the Covid-19 pandemic.

At the time, the fund said the government had kept its economic program on track despite the fact “security has deteriorated and uncertainty has risen as the peace talks between the government and Taliban stalled, with the US and NATO troops set to withdraw by September.”

The World Bank meanwhile has more than two dozen development projects ongoing in the country and has provided $5.3 billion since 2002, mostly in grants.

The United States provide $4.7 billion in aid in the 2019 fiscal year alone, according to government data. “The Taliban government members have no experience as to how to deal with international donors,” Felbab-Brown said.

“They don’t have any experience with administering large international aid packages.