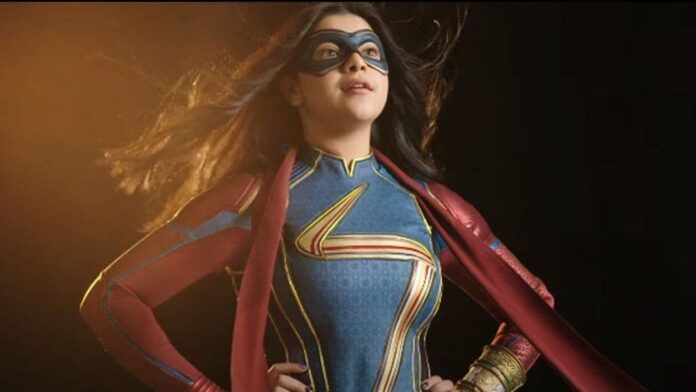 A lot has been said about cultural representation in the media. I’m assuming this is the last place you would expect discourse on this topic because it is a business magazine, after all. So let us give Ms Marvel credit for opening up this discussion.

In the past few weeks, Pakistanis have expressed much excitement over seeing their culture represented worldwide through this hit series. In fact, it even went on to show a carton of Milk Toffee by Mitchell’s. Excitement aside, this is a huge business and a branding opportunity, but we will get to this later.

Also including the parallel of Kamala opening ‘Milktoffee’ box and how that box contains the bangle that unlocks her powers
In the finale she opens a ‘Milktoffee’ that contains her suit, completing her superhero look pic.twitter.com/tPlqh08gdV

Before we talk about Ms Marvel and Pakistan, let us take a look at Korean Pop (K-Pop). It has become a global sensation, entering the mainstream arena. You don’t need to understand Korean to be obsessed with it, as is evident by its large fan base. A spillover of this is a demand for Korean products across the world. K-pop has managed to make Korean food, snacks, fashion, and skincare products popular globally. I’m sure you must have noticed Korean cuisine suddenly becoming popular at eateries across the country too.

Turkish culture has also made its way into Pakistan and other countries around the world. Yes, I’m looking at you, Ertugral. The show has triggered interest locally for all kinds of Turkish products. It has also managed to push more people to travel to Turkey, boosting tourism. Needless to say, this is the influence that television, social media and fandoms have.

Now let us return to our newest favourite, Ms Marvel. In the past, Pakistan has made its way to international tv shows and movies. But the representation isn’t what one would have hoped for. Or at least that seems to have been the general opinion. Ms Marvel, on the other hand, is a breath of fresh air.

The show has managed to present Pakistan to be exotic but at the same time, just like any other country. It was simple and effortless, very unlike the Reluctant Fundamentalist by Mohsin Hamid which felt forced.

Ms Marvel has captured local nuances and cultural reverence through its simple and subtle execution. It was done in a way that could make Pakistanis around the world be able to relate to it whilst also sparking intrigue from non-desis.

For instance, a scene in which the protagonist is holding a cardboard box that has Mitchell’s milk toffee branded on it.

Mitchell’s Milk Toffee literally made it to Marvel’s multiverse, and there is literally no follow up campaign, or acknowledgment the local entity did. Hell they should export the shit out of these toffees by building up on this.

The scene has the potential to get people around the world interested in Pakistani snacks if taken up correctly by Mitchell’s and other manufacturers. This would make Mitchel’s wanted worldwide. You don’t need mind-bending or other superhero powers to be influential and drive demand but simply to be aware of business opportunities that are present.

And before you think it’s not that simple, let’s flashback to Gigi Hadid posting a picture of her spice cabinet choc-a-bloc with Shan Masalas.

While Shan masala is popular in the Pakistani and Indian diaspora, that picture alone, despite not being a paid or structured product placement, managed to introduce the brand to non-desis. We’ve covered Shan’s international expansion extensively in the past and how Shan can still do more to expand its footprint.

In the past, the government has spent large amounts of money bringing in international influencers and bloggers to talk about Pakistan as a tourist destination. The forced and not-so-subtle nature of it made the exercise futile in hindsight. The obsession with a positive image and presenting Pakistan in a specific way did not materialise in results one would have hoped.

Getting the right perception, and creating hype for Pakistani products requires Pakistan to create its own opportunities. It is a business opportunity to become mainstream in the media, and curating demand for local products is important if Pakistan wants to be part of a global narrative and win the economic battle.

Gaining cultural relevance and interest from around the world is an economic proposition that will eventually bring returns.

There are so many products unique to Pakistan such as our funky lawn kurtis, bangles, khusas, herbal skincare, and snacks such as churan chatnis, chilli mili, top pops, cocomo, limca. If Pakistan manages to tap into it correctly we could have a K-pop like situation.

However, to do this, brand managers need to think out of the box and beyond the scope of billboards and Facebook ads. While bloggers can help, the need to look beyond Instagram transitions is key.

For this to happen, Pakistan needs to create great content that can compete  internationally. You cannot rely on Hollywood to represent you. The absence of Pakistani content on Netflix is sorely conspicuous. At the end of the day, only you can save yourself. Remember Squid Games and how everyone was obsessed with Sugar cookies? The very fact that Korean media produces quality content that is watched for its own production quality is proof of just that.

This leaves us with the conclusion that to go big, Pakistan cannot wait for Hollywood or Bollywood to represent it. And as much as we would love to see it happen, we cannot wait for Kamala to save the day. It is time brand managers become their own superheroes and the media proves to be an ancillary for others by creating quality content. There is a limit to the number of armed forces movies one can watch. No wonder Pakistan’s presence on Netflix is limited, but that is a conversation for another day.