Image Pakistan, a fabrics manufacturer dealing in embroidered fabrics and ready to wear products for women, has recently obtained a stay order against SECP’s probes. Why would a company do such a thing if it has nothing to hide?

For anyone that has been in the loop regarding the rise of Image Pakistan over the past couple of years, this notification on the stock exchange is a surprising shift from the ones that had been coming last year. Back in May 2021, the PSX had actually written to the company asking them to explain how their stocks were doing so well. From those highs it has now had to seek legal intervention to keep the SECP off of its back — for now. 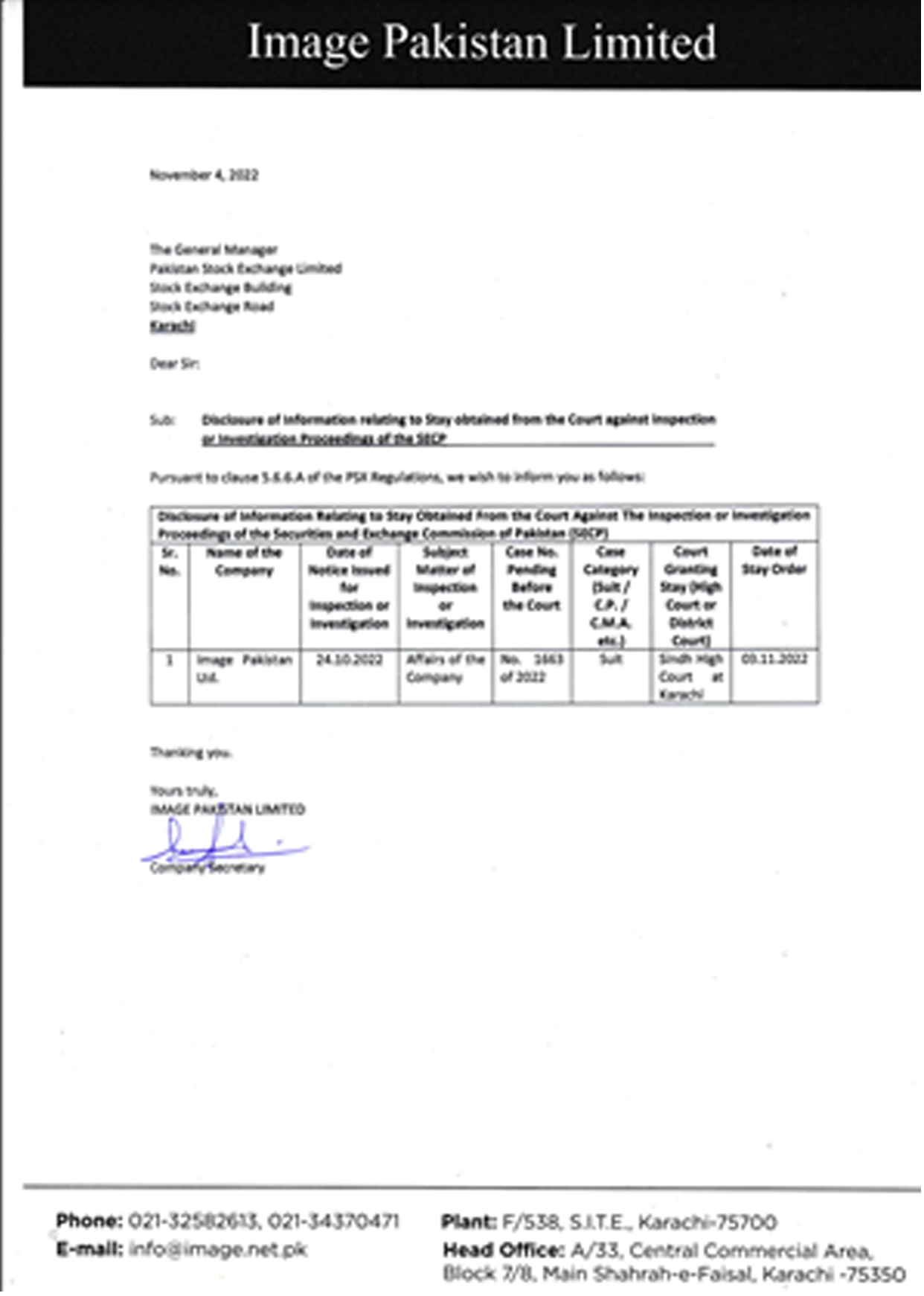 But what drove Images to go to the courts and lock horns with the organisation meant to regulate them? To understand, we must go back to the origins of the company.

Whose image is it, anyway?

Originally incorporated in late 1990, Image Pakistan was previously known as Tri-Star Polyester, but when their polyester business started dwindling, they chose to follow smart business decisions and paths, rather than spreading their jholis for bail-out after bail-out, unlike some other brands that have recently been in the line of scrutinous fire. A company dealing in polyester yarn and embroidered fabric, Image was not a company that could avoid the ramifications of the textile crises of the early and mid 2010’s, which saw the loss of almost half a million jobs within two years.

This is an educated estimate about why the company reached a point where they decided to shut down and do away with their polyester segment. However, they didn’t allow haalaat to force them to just fizzle out. Image faced their dire situations head on, made some tough decisions, took a step back, and came back stronger than ever.

Like any business with a sane head on their shoulders, they did what any intelligent clothing brand would, or rather, should, do: they did their research, and followed the customer. Having wrapped up their polyester business, they started working on ready-to-wear clothing items for a growing market segment that had an increased disposable income, and a decreased bandwidth and time for putting their own clothes together – the growing number of women who entered the workforce over the past decade not only enjoyed more agency over their own hard earned money, they also had more options at hand rather than covering footfall in cloth and embellishment markets and then running after tailors. They lived in an increasingly digital world, where almost anything and literally everything could be ordered online and received at home against payments made via debit/credit cards or in cash upon delivery of their ordered items.

Image was one of the first ones to truly embrace these changing consumer trends in the true sense of the word. They added their shalwar kameez line in 1993, early on in the era of brands switching over to making stitched clothes and offering an online shopping experience. And they didn’t just jump onto a bandwagon blindly.

While they did reach out to a bank or two for some assistance, they mostly financed their new ventures from the sale of their old, outdated, under-performing one, which is very likely the reason they were able to ensure a simultaneously conservative yet aggressive enough business strategy. After all, it’s human nature to value your own money a little more than benevolent venture capital investments being handed out like candy to anyone who can present a catchy deck, are we right?

In fact, Image was one of the top names of their times, others including household names such as Generationand TeeJays, which our mothers and grandmothers have been salivating fans of. The difference between past and current generations, though, is the changing dynamics of market and consumer – the ability to work and own more spending power, and the ability to buy more, more easily.

Never one to shy away from being vocal about  their operations: “…the company’s commercial operations have been idle for many years…production remained suspended owing to unfavourable conditions and lower demand in the market, resulting in high production cost and has not produced any material in the year,” is what one of their last publicly available statements said. And their finances read well too.

In the first six months of 2021, Image shares were sold at between the Rs8- Rs10 price range. Then, on March 4, it shot up to Rs 11.96, then to Rs14 on March 19, then to Rs15 in the beginning of April. On May 6, it was trading at Rs16.97 – and as of May 18, it was trading at Rs18. Image Pakistan was categorical about why the increase is happening: “The increase in price or volume of traded security may be a result of growth and progress in the company’s business and of the above mentioned developments disclosed in the directors’ report annexed to the periodic accounts.”

So what happened to make the SECP target Image?

The company shot up quite rapidly to success levels previously unheard of, which obviously draws attraction and attention, especially of organisations and bodies (among stink-eyed others), especially if only a couple of years ago, one was literally not producing anything, and in fact was going into losses (Image suffered a massive blow of Rs 113 million in losses in 2013).

Image’s success after bouncing back, though, was so huge that it became one of the few companies which enthusiastically shared reasons behind seemingly sudden jumps in its stock price, going from as low as Rs 8 to as high as Rs 18 in very, in fact extremely, short amounts of time – hard and smart work does pay off.

The same proud sentiment was observed by Profit at Image’s recent corporate briefing session, where the company shared their success not only in terms of tremendous sales and profits, but also their ambitious and aggressive goals to reduce reliance on debt to as close to zero as possible. 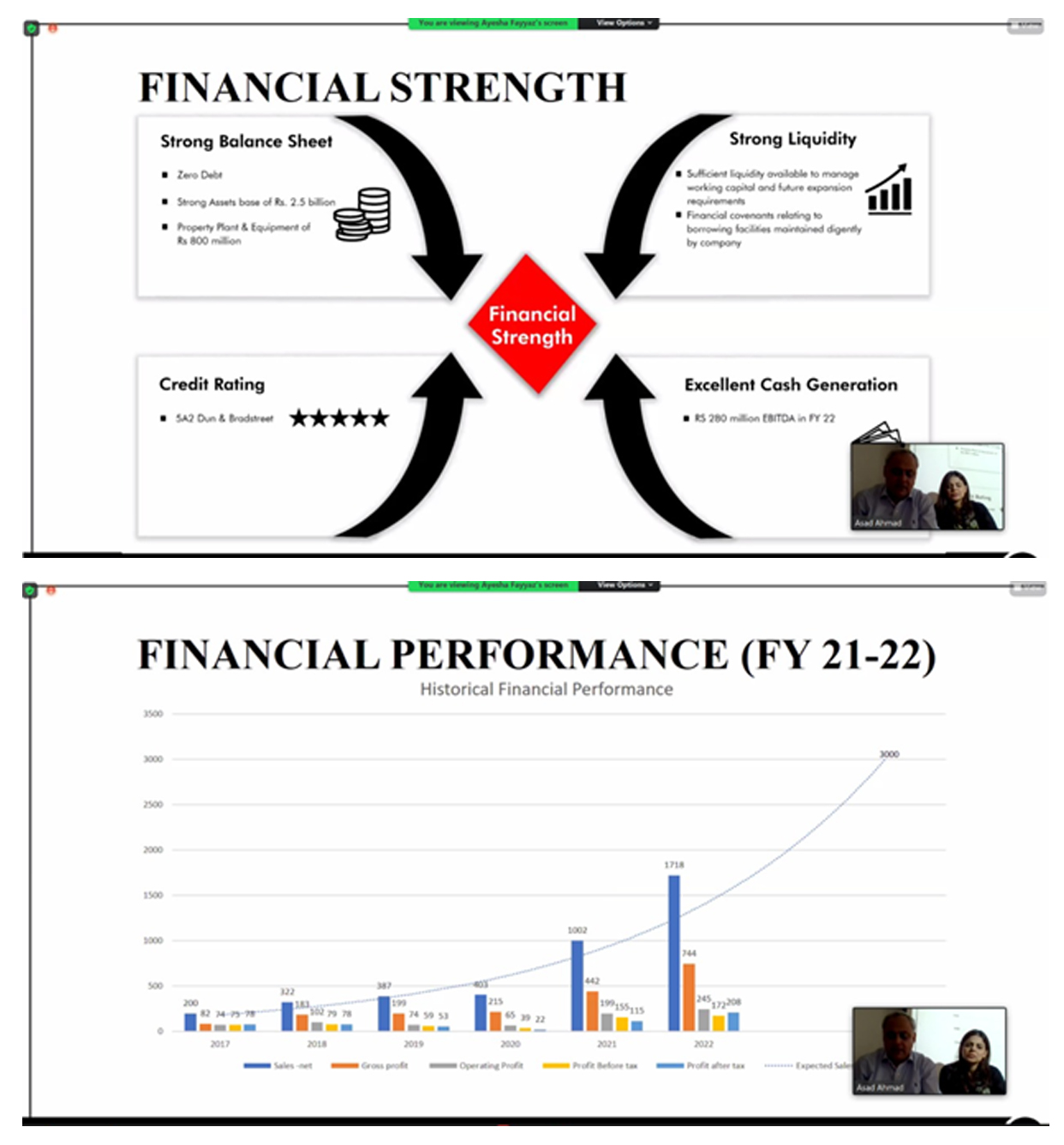 One reason why everything seemed new and attracted such high levels of scrutiny, though, is because the company deeply rebranded itself, going so far as to rename and relist itself under its new name (going after their most successful product, Image) on the SECP.

The SECP has been on the company’s case time and again, and it’s only logical that a company which has nothing to hide, and has only success and inspiring accolades to show for its enviable record, would finally have enough of such distractions, and seek help of courts to obtain stay orders against what could constitute as corporate harassment. One really can’t blame a business for trying to maintain their image whatever it takes, when the picture has no spots staining it. Especially when they have big plans for the near future: 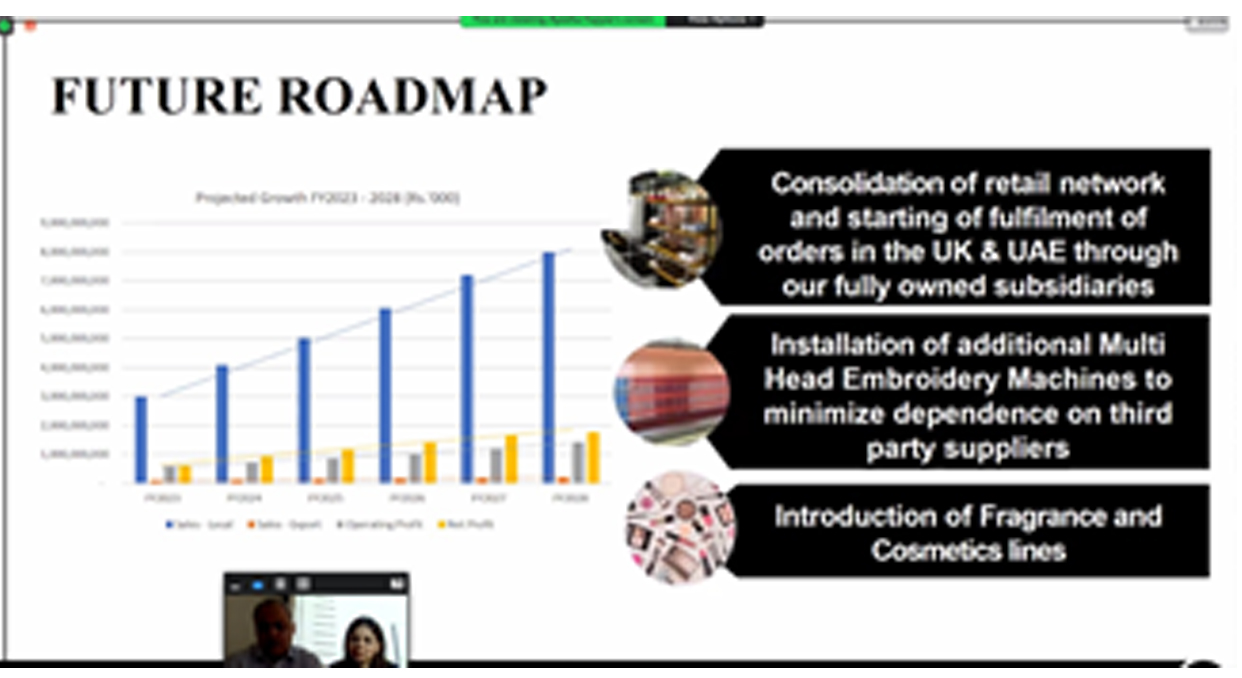 Currently, Profit was unable to obtain direct comments from representatives of Image, or of SECP for that matter. 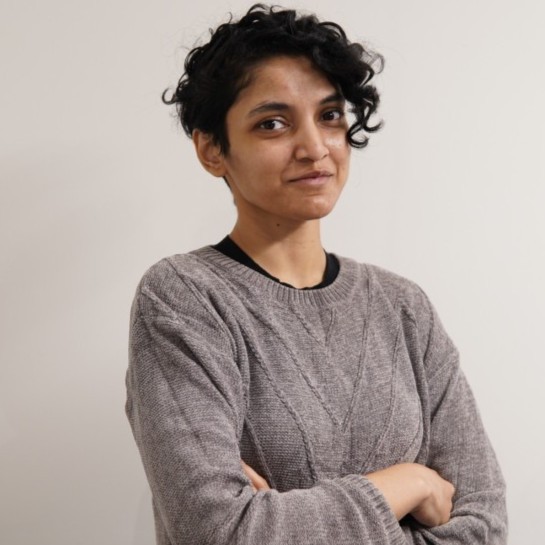 Maliha Abidi
The author is Chief of Staff and Business Journalist at Profit, and talks about the Textile, Retail & FMCG sectors. She can be reached at [email protected] or at twitter.com/abidisays