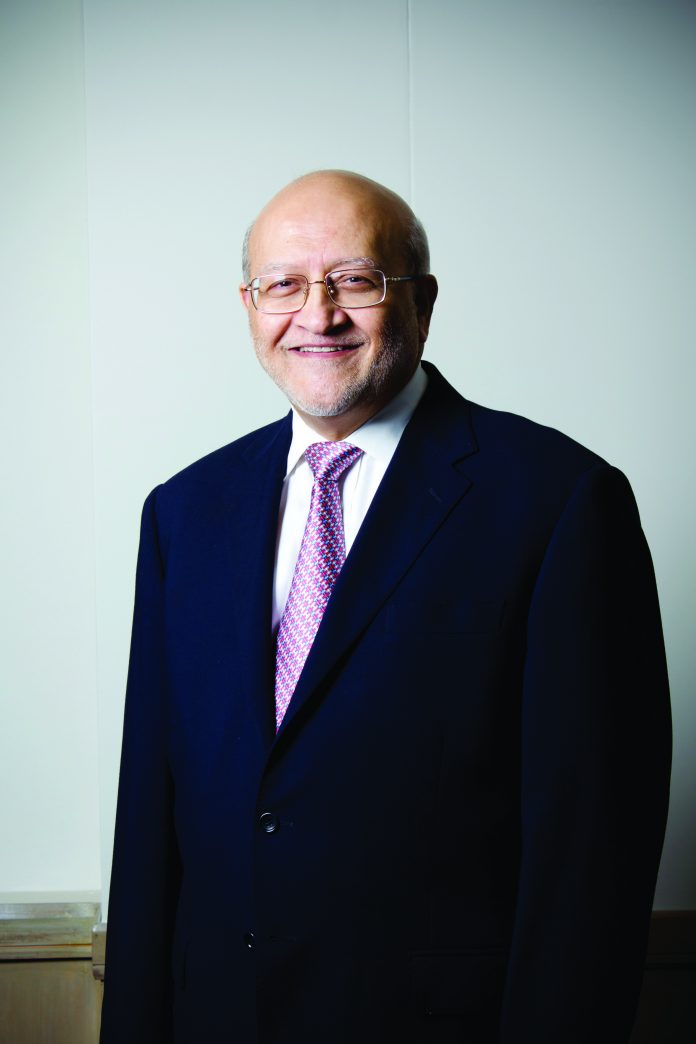 Earlier this month, Profit had a chance to interview Hussain Dawood, Chairman Dawood Hercules, which holds majority shares in Pakistan’s largest private sector conglomerate, Engro Corp. During a casual conversation, which stretched little over an hour, the industrialist opened up about some of the key decisions he made pertaining to his fertilizer and foods businesses and the new direction his investment firm seems to be taking. From divesting stakes in Engro Fertilizers and Engro Foods to investing in energy sector, and business ethos that are centric to his strategy, Dawood talked at length about reasons behind his recent decisions and his future plans for both shareholders and the country.

Profit: You have sold off Dawood Hercules Fertilizers and are divesting a significant portion of Engro Fertilizers. What are some of the factors behind those decisions and is it an indication that you are  not keen on the fertilizer business in Pakistan?

HD: People are reading too much into it and sometimes make unnecessary connections. The two transactions were made for entirely different reasons. In case of DH Fertilizer, the problem was that there was not enough gas to  run the plant efficiently. We (DH Fertilizers) were way down in the government’s priority list for the supply   of gas to our plant. Even the amount of gas promised to our plant was allocated elsewhere without any compensation to us. So as soon as we were able to find a willing buyer in the shape of Fatima fertilizer we sold it off. DHF gave Fatima Group the necessary scale especially in Urea production that was missing previously and gave them strategic depth in the business to make them a significant player in the industry. I’m not sure about the gas issue but probably they thought they could better manage the gas issue in terms of dealing with the govt than we could. As for Engro Fertilizer we are still in the business and it would be incorrect to assume that we are not keen on the fertilizer business anymore. We faced a lot of trouble regarding gas commitments in Engro Fertilizer as well but things improved post 2013. However, to understand the motivation behind selling our partial stake in Engro Fertilizer, you would need to understand our business ethos.

So when in mid 2013 the Prime Minister personally asked me to play my role in resolving the energy crises I made a commitment to add 2400MW of electricity. You need to understand that at the time energy was the biggest problem facing Pakistan. According to estimates we were losing 2% of GDP due to it but if you factor in the opportunity costs it would be close to 4% in my opinion. So I had to play my role. This is not to say that we compromised the shareholder in anyway. In fact, we feel that a good business has to play its part in solving big problems and the better the solution the more value gets created for the shareholders. So we decided to reallocate our resources according to the needs of the country.

Profit: You are also divesting Engro’s stake in Engro Foods, or at least a large chunk of it. What would you then describe as Engro’s core business? Because for a long time, it was fertilizer. Where does Engro go from here?

HD: Our target was to achieve 20% corporatization of the dairy sector but despite all our efforts only 8% of the dairy sector is corporatized at the moment. We have realized that this not our strength and so we were looking for a strategic partner who could bring in the right experience, technology and vision to achieve this goal. And this is what we did by bringing in someone with more than 100 years of experience in 100+ countries. However, they asked for majority shares to close the deal and we agreed. You see we are not fascinated by control. Our strength lies in project management i.e. we are good at setting up big projects. If there is someone who can run it better than us, then we say why not? At a time when multinationals are not coming to Pakistan, bringing in FDI was no mean feat. You need to realize that for foreign players Pakistan is not a top destination to invest in. In fact, sadly it is somewhere near the bottom of the list. The FDI numbers released by the Government also include investment in the stock exchange which is not true FDI, as it’s not going to stick here.

Profit: There were reports that Hub Power Company is reducing its equity stake in its joint venture with Chinese energy companies for coal-fired power plants. Can you talk to us about the reasons behind that decision?

HD: Same was the case  with Hubco. The Chinese wanted 51% and we agreed. In fact, truth be told, we had no choice but to agree. Firstly, let me clarify that I am not keen on coal. However, it is cheap and probably the only solution in the short-medium term to the energy crisis in our country. And please remember that the only country willing to invest in coal powered plants is China. Secondly the Chinese wanted a USD 2 billion bank guarantee in order to sanction the loan to undertake this project. It was not workable for us to guarantee such a large amount by putting up asset collateral. On the other hand, Chinese banks were willing to lend to the Chinese on corporate guarantees without the strict requirement of bank guarantees. So it was natural and fair to let the Chinese have 51% controlling stakes since they were taking the bulk of the risk. However, we were able to negotiate a fairly good deal which gives us the option to go back from 26% to 49% of the JV company at a later stage.

Profit: Had it not been more cost effective to issue fixed-rate debt at a time when interest rates are at a 42-year low rather than raising equity by selling these stakes?

HD: You are right debt is much cheaper but according to SBP regulations regarding single party exposure we have already reached our limit. So to answer your question, no we are not averse to debt.

Profit:Looking at the Dawood Hercules portfolio, it becomes increasingly clear that your focus is on the energy business in one way or another. What do you see as the more promising investment: traditional power plants or alternative energy? Because your investments right now tilt towards traditional energy.

HD: We are very bullish about alternative energy and as technology improves and rates come down further this will be the future of energy. We have invested in alternative energy projects as well as traditional. We will be ready when the time is ripe. Pakistan needed an immediate solution and we played our part. The LNG terminal is also a case in point and we are very lucky that 50% of Pakistan’s infrastructure is on gas, which is great.

Profit: Enven suffered since the Government did not honour its commitment for gas allocation. Now you are entering into a business where the government decides your revenue. How do you explain this?

HD: As for trusting the government once again we had no choice as government is the only customer of electricity. We had a responsibility and this was not enough to deter us.

Profit: Considering that power projects typically have a 20- to 25-year payback period, how do you think your investments in traditional power can be impacted by the changing economics of the energy business, specifically the speed with which solar power is becoming affordable?

HD: With assured 15 to 20% dollar returns the payback period of the projects is between 5-10 years. This is very good ROI especially considering that it is assured in dollar terms.

Profit: There were rumours that Engro was looking at K-Electric. We have known since the day Abraaj bought KESC that they would eventually want to sell it. Was it ever a consideration for you to buy it?

HD: We are intent on contributing to Pakistan through our work. Hence we keep evaluating business opportunities as a matter of routine.

Profit:   What are your plans for Dawood Lawrencepur? It has been converted from being a textile company into an alternative energy company. What is the plan to grow that business line?

HD: We firmly believe that renewables are the energy of the future. It is also our responsibility to invest and promote alternate energy for a sustainable future for our next generations. We are not motivated by financial returns when it comes to the betterment of mankind and of our people. Hence we will keep pushing this agenda of availability, affordability and sustainability in both Energy and agriculture.