As advertising continues to pivot towards influencers, they need to look out for themselves 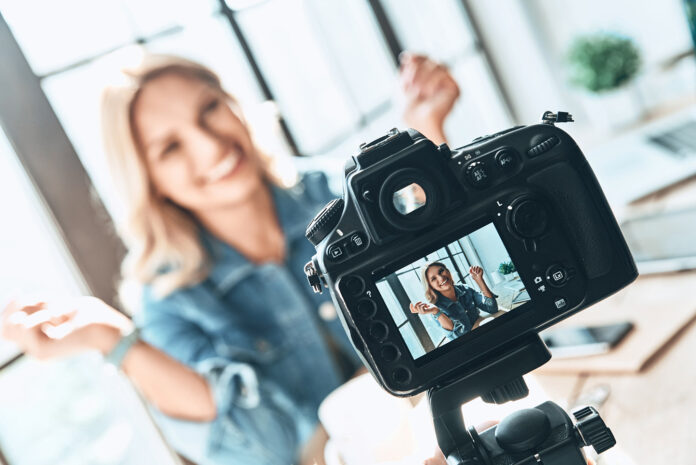 Influencer marketing has become one of the hottest trends in marketing in the past few years. And for good reason: In 2020, 81% of marketers reported that using influencers to bolster their marketing plans was an effective strategy.

Given so many marketers are already working with influencers, or are considering it, it is worth delving into what some of the pitfalls are in brand-influencer partnerships where the influencers can feel exploited in different ways.

As social media allows for more people to achieve fame and influencer status, it has quickly become oversaturated with influencers. It is impossible for audiences to keep up with all of the content (especially sponsored content) coming from the influencers they follow. It’s also worth noting that fame, particularly the kind formed on social media, is fleeting. The same influencers that capture the audience’s attention may not be holding onto that attention tomorrow. However, how can this make a brand overuse its influence? Giving them content that does not go with the influencer’s persona and expecting unrealistic targets.

When social media audiences are bombarded with sponsored content on their feeds, they are less likely to engage with both influencers and advertisers, which is reflected in recent studies which reveal an overall decline in Instagram engagement. Reports show that “The engagement rate for sponsored posts fell to 2.4% in Q1 2020 from 4% three years earlier, while the rate for non-sponsored posts slid to 1.9% from 4.5% for the comparable periods.”

So how can marketers circumvent this industry-wide issue? Rather than working with influencers who have large followings, consider that “nano-influencers” are able to interact more with their audiences and are able to form more tight-knit communities, thus inspiring higher engagement. It is all about engagement. The same report states that “the engagement rate for Instagram influencers with at least 10,000 followers is steady at about 3.6% worldwide. Influencers with 5,000 to 10,000 followers have an engagement rate of 6.3% and those with a following of 1,000 to 5,000 have the highest rate at 8.8%, per Influencer DB.” When choosing which influencers to work with, focus more on engagement than name recognition. However, micro-influencers are more likely to not be paid the right amount for brand promotions and content generation.

Everyone knows that it’s not always a given that influencers use (or even like) the products or services they endorse on social media. While many advertisers don’t seem to care if an endorsement comes from a place of true authenticity (however hard that may be to measure), should audiences be able to interpret influencer endorsements as inauthentic or misleading, the brand and influencer lose credibility. A study reports that 47% of customers are tired of influencer content that appears inauthentic and 62% of customers believe that influencer endorsements take advantage of impressionable audiences.

The best practice would be partnering with influencers who have used and liked the brand’s product or service before even entering an endorsement deal, but at the very least, marketers should make sure they partner with influencers who have authentic connections to their brand. For instance, a beauty brand should probably find an influencer who people look to for beauty advice. Makes sense, right?

It is also crucial that marketers give influencers autonomy in creating the copy and images/video for sponsored content. While marketers may be inclined to tighten the leash, influencers know their audience best.

A great example of a brand and influencer partnership is Jonathan Van Ness’s Instagram partnership with Lipton. JVN is known as an extremely authentic personality and his audience would probably be very thrown off if they saw a post on his Instagram that didn’t reflect his usual quirk and loving flair. The same goes for a local influencer like Taimoor Salahuddin aka Mooroo working for a clothing brand, Furor, and being given leverage to best show the clothing styles through a travel Vlog rather than doing a fashion parade in front of the green screen Chroma key background.

Influencers are also typically the ones curating their non-sponsored content and are consequently able to curate copy for endorsements that reflect their own voice and personal brand, which makes for the kind of content audiences like to see; making the influencers stay in control of the situation and not let the brand take over their feeds.

In the same vein of authenticity, marketers should now be cognizant of the sanctions they could face should their sponsored content be interpreted as misleading. In April of 2017, the FTC revealed in a release that they sent over 90 letters to influencers, telling recipients that they “should clearly and conspicuously disclose their relationships to advertisers when promoting or endorsing products through social media.”

Mostly this means utilizing the correct hashtags, such as #spon, #ad, or #partner, and now many social media platforms have built-in tools to mark posts as paid, but many influencers aren’t keen on the rules which might not protect them in return. A 2020 survey of influencers showed that 41% of respondents only label their endorsements with the FTC-mandated hashtags when they’re explicitly asked, while 7% never label their content at all.

Advertisers and influencers may be hesitant to employ hashtags and other labeling tools to avoid drawing attention to the paid nature of the content, but it’s better to just bite the bullet and abide by the guidelines set out by the FTC. Focus on curating the content in a way that appeals to audiences despite the hashtags and labels rather than getting hit with an FTC citation and advertisers exploiting influencers for the same reasons.

It feels like every other day there’s a new influencer creating controversy and taking years off of their brand partners’ lives. Influencers are human beings and make mistakes, but marketers should be wary that even if an influencer has an enticing fan base, certain influencers themselves could prove to be dangerous investments.

Marketers can make sure they’re free to cut ties with a problematic influencer by including a morality clause in any contract with an influencer, allowing them to cut ties easily if an influencer does something that goes against their brand’s values. But to an extent, marketers have to be cognizant of who they are investing in. Maybe the YouTuber you’re trying to work with has the perfect target audience but is known for their spontaneous behavior. Ultimately, make sure you do your homework before signing a contract and understand that an influencer who is notoriously wild will probably continue with the same behavior. But the contract is a two-way street and should equally give the right to the influencer to cut off ties with a brand if the brand fails to give the right offer to the influencer.

The ethical implications of influencer labor may be the last thing on a marketer’s mind when they partner with an influencer. But that’s the very problem: influencers being treated more as a commodity than humans. As influencers have to concern themselves with striking a balance between making money and not looking like they’re selling out, marketers are able to craft contracts in their favor, pushing FTC compliance, morality restrictions, and exclusivity agreements onto the influencer.

Ultimately, influencers choose the career and take on the obligations and risks that come with it, but marketers should recognize the hard work that influencers do and not take advantage of it as best they can. One of the best ways marketers can make the job of an influencer easier (while also improving the quality of sponsored content) is by giving influencers creative license when it comes to crafting content. Allowing influencers to do what they know best: create social media content. They’ll be less concerned with upsetting their audience and your content will seem more authentic.

The key is authentic content that resonates with followers and not trying to force a brand endorsement into conversations and posts. Many companies have specific brand guidelines which can seem very advertorial when influencers are asked to incorporate them into their content; red flag for an influencer. The nature of social media dictates an informal and more relaxed tone, which can – at times – be at odds with ‘corporate speak’.

Allow influencers to be content creators and use their own language to promote your brand. ‘Corporate speak’ works for press releases and articles, but social media is all about authentic content, shared from an individual’s own point of view, so as long as the influencer is aware of your brand values and corporate ideology, let them be creative and expressive in their own words, to promote your brand. If a brand has correctly vetted the influencer, then the values, tone, and messaging should align – offering flexibility to an influencer will result in authentic content that will be well received by the followers.

Influencers can reach countless people. But they need to approach audiences with authentic content; staged product endorsements can kill an influencer’s impact. Rather than look like glaring ads, influencers should tell stories in their style. An influencer’s true story builds brand image. On the flip side, perfected pictures or careless endorsements are usually a miss.

Staged content can reflect poorly on a brand and its influencer. And blatant promotions can cause an uproar in social communities—with the fallout from followers being equally harmful. That is why influencer agreements and contracts are some of the most important aspects of an influencer marketing campaign because they protect advertisers and influencers from potential missteps, mistakes, and failures.

Republishing or re-sharing content without permission and/or without giving credit to the influencer may at the very least adversely affect the company’s relationship with the digital influencer and at worst, tarnish the brand’s reputation amongst both influencers and audiences. Contracts don’t have to be difficult, but they do have to be properly executed.

Influencer marketing agencies are experts in dealing with contracts between influencers and advertisers and can ensure that a brand’s bases are covered.

Having planned and carried out dozens of influencer marketing campaigns with different goals, different influencers, different deliverables, and different end results, agencies have the requisite knowledge base to help advertisers create campaigns that are effective and are enforced and protected by contracts that outline expectations and provide guidance for disclosure compliance, messaging, brand association, and more.