n the first part of Profit’s LNG classes, we explain the basics of what LNG is and why it costs as much as it does 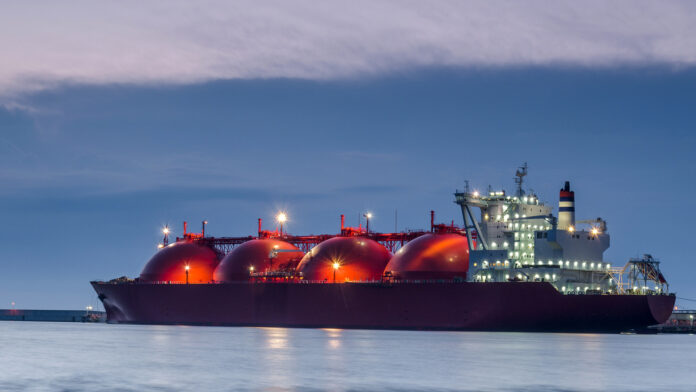 Liquified Natural Gas (LNG). Discourse around the supply and provision of LNG in the country elicits shudders and headaches, and why would it not? Why we need LNG, why we import it, how we import it, and all of the issues faced in the process are controversial because of differing political stances. It does not help that LNG is a complex issue to understand, and it helps even less that most conversations surrounding it are convoluted and make an already complex issue even more difficult to understand.

In an attempt to understand and explain LNG, its nature, history, and current role in our energy sector, this will be the first in a series of Profit articles on LNG. The questions surrounding LNG are plenty and their answers are often tedious, which is why it is perhaps better to break the topic down rather than try to understand it in one fell swoop. We are not claiming here that LNG is rocket science, but because of the numerous bad takes by the countless dime-a-dozen pundits talking their heads off on cable television, it is important to clear the air about LNG.

This initial article will explain what LNG is, how it is obtained, how it is priced, traded, and eventually used. After this initial functional understanding, the other articles in this series will expand on issues such as how the international LNG market is structured and functions, Pakistan’s LNG policy, and the current role of LNG in the country’s on-going energy crisis.

LNG is what we get when natural gas is cooled to -162 degrees Celsius. It is a clean, colorless, and non-toxic liquid. The cooling process results in the volume of natural gas shrinking 600 times, which makes it easier to transport and store. In addition, once liquefied, LNG does not ignite. Very simply put, there is not much beyond the product than its name – it is natural gas in liquid form. If gas was not cooled and converted into a liquid, transporting it would be a nightmare. When in liquid form, it can more easily be carried across oceans. 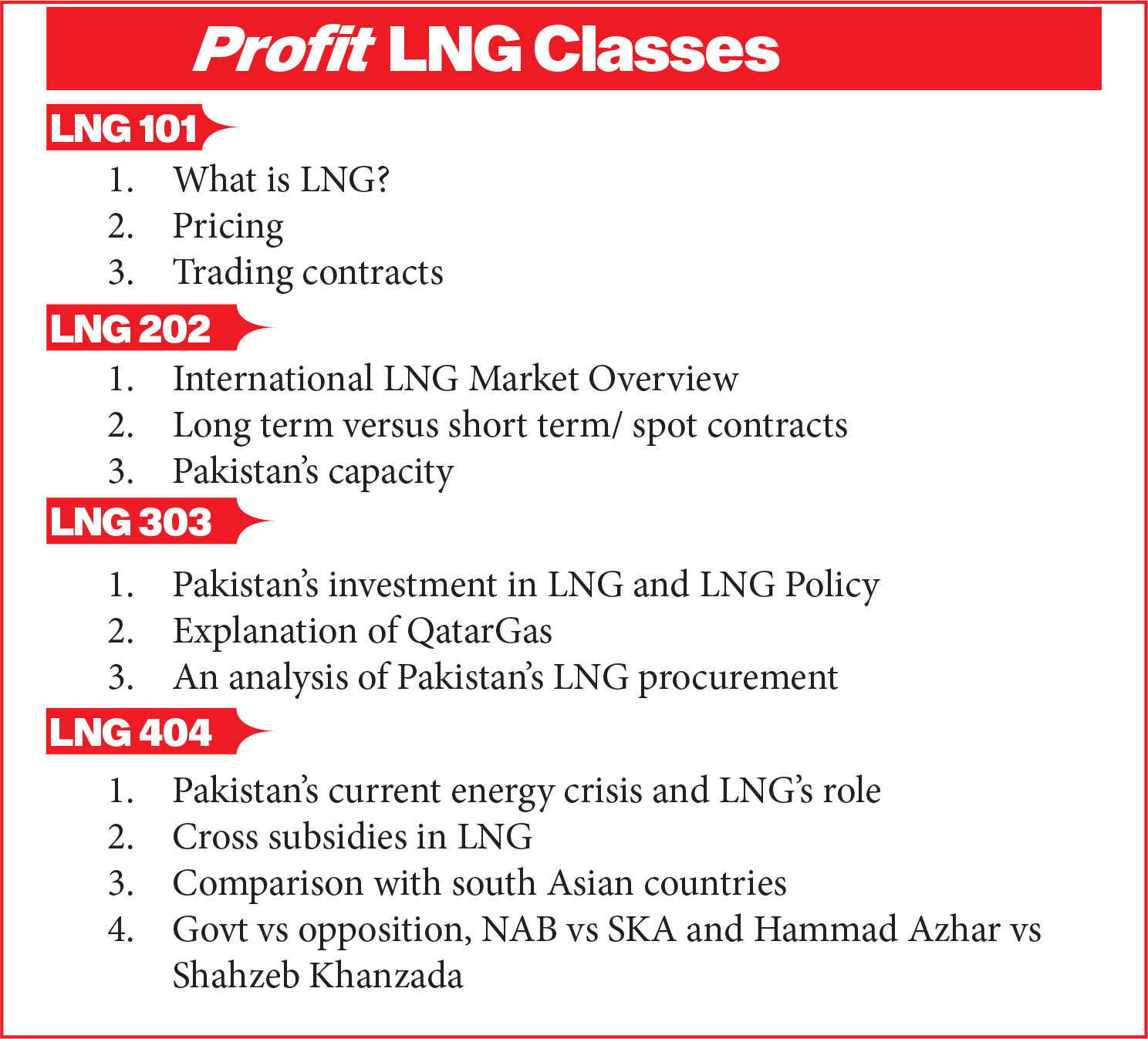 Now, the problem is that LNG in and of itself is quite useless. It cannot be used as fuel like petrol and therefore LNG is only around for the transportation process. Once it arrives at its destination, it needs to be regasified in a controlled environment so that no natural gas is wasted. This process is undertaken at large import terminals, called regasification terminals, where LNG carriers which are basically tanker ships discharge their LNG cargo. The LNG is transferred to these terminals where it is stored in tanks and then regasified prior to being transferred through pipelines in the form of natural gas.

An FSRU is a special type of ship that is a vital component required while transiting and transferring Liquefied Natural Gas (LNG) through the oceanic channels. Ships carrying LNG carry them in a slushy form. These ships do not go to the port, and instead steer close to the FSRU, which stands stationary in the water, and basically just plug themselves into the FSRU. The FSRU is equipped with the facilities to conduct the heating and liquefaction process on the ship itself. The slush is thus transported from the travelling vessel to the FSRU, it is heated and then finally fed directly into the gas pipelines. To understand them better, we recommend you read Profit’s coverage of Engro’s Dry Docking Drama.

How is LNG priced?

Like all commodities, natural gas prices are a function of market supply and demand. Increase in supply means lower prices, a surge in demand means higher prices. This is basic high school economics. The amount of natural gas production, levels of natural gas in storage, volumes of natural gas imports and exports are supply side factors. Demand side factors include variations in winter and summer weather, level of economic growth, and the availability and prices of other fuels.

The availability and prices of other fuels is important because they’re substitutes that can be used in place of LNG. Some large volume fuel consumers/users such as power plants, steel mills etc can switch between natural gas, coal, petroleum, based on the cost of fuel. When the cost of other fuels rises, using LNG seems like the economically feasible option. As a result, the demand for LNG might rise which could result in prices of LNG rising too.

In fact, back during the Nawaz administration, it was decided that the country needed to begin importing natural gas as well. It allowed private sector companies to set up LNG import terminals. That meant that the thermal power plants that could no longer run on domestic gas could now run on imported gas rather than imported oil. This change had the effect of both reducing Pakistan’s import bill (even LNG is cheaper than furnace oil) and reducing carbon emissions (burning gas emits less carbon dioxide than burning oil).

It is however interesting to note that sometimes short term increases in demand or a fall in supply can cause huge jumps in the pricing of LNG, especially in winter. This is because the supply and infrastructure constraints aren’t as easy to overcome. Consumers can’t just switch fuels immediately. Therefore short term impacts are felt stronger.

Pakistan started importing LNG six years ago but the dependence on the fuel has increased drastically over the years. Only PSO and Pakistan LNG Limited are allowed to import LNG. The supply chain of imported LNG starts at Port Qasim.

PSO has signed a contract with Qatar Gas, a state owned entity for 15 years at the rate of 13.35% of Brent Crude oil. LNG imported by PSO is regasified at the Engro Elengy Terminal Limited (EETL) at Port Qasim on the basis of a tolling tariff. We’ll explain this deal in detail later. PLL has short term contracts with Gunvor and Shell. PLL is able to take advantage of spot rates. PLL had hired the PGP Consortium limited for regasification at Port Qasim.

However, now with early long term contracts reaching culmination and with spare capacity, these suppliers that no longer need to worry about financing their investment have also entered into the short term and spot market. There is a greater move towards short term and spot markets than to signing new long term contracts. This could be considering the volatility associated with the commodity and of course the unprecedented events happening around the world.