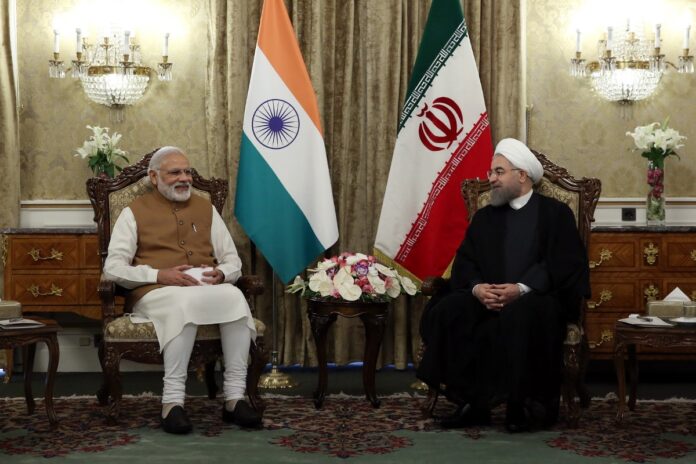 NEW DELHI/TEHRAN: After being “dropped” from a key rail project in southeastern Iran along the border with Afghanistan, India is also set to lose an ambitious gas field project in the country that had been in the pipeline for the past 10 years.

India’s Ministry of External Affairs in a statement on Thursday said Tehran would develop the Farzad-B gas field in the Persian Gulf region “on its own” and might engage India “appropriately at a later stage”.

According to the deal, the Indian side was supposed to develop the field but they abruptly stopped work in 2012, following the intensification of sanctions against Iran.

After sanctions were eased in 2015 following the signing of a nuclear deal between Iran and Western countries, India showed its willingness to return to the project.

However, things again fell apart amid the reinstatement of US sanctions on Iran in May 2018, which further “discouraged” India from making headway in the project, said sources familiar with the issue who requested not to be named.

“By May 2018, the two sides had made tremendous progress and agreed on key details of the project,” the sources said. “However, the US sanctions played the spoilsport.”

The two sides had disagreements among themselves as well, particularly on the number of pipelines to be laid and financial investment in the development plan, according to reports.

In May 2019, Iran’s oil minister, Bijan Namdar Zanganeh, said his ministry had devised a plan to finance the development of the Farzad-B gas field.

The NIOC had asked the Indian side to submit a financial plan for the field’s development. However, Tehran was “not impressed” with the plan and asked for a new one, said the sources. India had reportedly made a $5.5 billion investment plan

In August 2019, after slow progress by the Indian side to submit a new plan, Karbasian said Iran would proceed with another operator for the project.

India’s External Affairs Ministry, however, said the “follow-up bilateral cooperation” was impacted by “policy changes on the Iranian side”.

India’s loss of the project marks a “big setback” for relations between the two countries, Tehran-based analysts, who asked to remain anonymous, told Anadolu Agency, as the Farzad-B gas field and Chabahar port were the two largest bilateral accomplishments between the two sides.

Earlier reports claimed that Iran had “dropped” India from a rail project after the Indian side showed reluctance to start work due to US sanctions.

The memorandum of understanding to construct the 628-kilometre railway line from the port city of Chabahar to Zahedan was first discussed between the two sides in May 2016.

It came on the sidelines of the signing of a trilateral agreement between India, Iran and Afghanistan to develop a transport and trade corridor from India to Afghanistan through the Chabahar port in southeast Iran. The port has been operational since 2016 and has been exempted from US sanctions.

India’s External Affairs Ministry dismissed the reports that Iran excluded it from the rail project as “speculative,” saying Tehran was to “nominate an authorised entity to finalise outstanding technical and financial issues”. The matter, it said, was “still awaited”.

“IRCON was appointed by [the] Government of India to assess the feasibility of the project. It was working with CDTIC, an Iranian company under their Ministry of Railways in that regard. IRCON has completed the site inspection and review of the feasibility report,” the ministry said in a statement on Thursday, referring to the state-run Indian infrastructure firm undertaking the project.

“Detailed discussions were thereafter held on other relevant aspects of the project, which had to take into account the financial challenges that Iran was facing. In December 2019, these issues were reviewed in detail at the 19th India-Iran Joint Commission Meeting in Tehran.”

An official from Iran’s Ports and Maritime Organisation has also denied the reports. However, he said Iran “has not inked any deal with India” for the construction of the Chabahar-Zahedan railroad.

“Iran has only signed two agreements with Indians for investment in Chabahar: One is related to the port’s machinery and equipment, and the second is related to India’s investment to the tune of $150m,” Farhad Montaser told state news agency IRNA on Wednesday.

According to the 2016 MoU between India’s IRCON and Iran’s CDTIC, IRCON was to “provide requisite services for the construction of Chabahar-Zahedan railway line which forms part of transit and transportation corridor in the trilateral agreement between India, Iran and Afghanistan”.

Services to be provided by IRCON, as part of the MoU, included all “superstructure work and financing the project”, estimated to be around $1.6 billion.

However, the two sides failed to reach an agreement, sources said. Last week, Iran went ahead with a track-laying ceremony for the rail line, which will eventually stretch to Zaranj on the Afghan side.

The rise of the United States (US) dollar in the interbank against the Pakistani rupee continued on Monday as it crossed the Rs163 mark. According...
Read more
World Business News

WASHINGTON: Amazon.com Inc needs to spend billions of dollars to expand its warehouse and delivery system, adding pressure to its shares which dropped 7%...
Read more
- Advertisement -